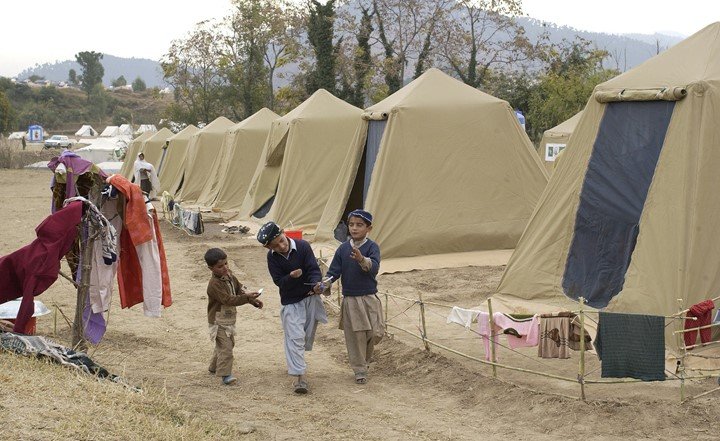 According to the 1951 United Nation Refugee Convention, a refugee is defined as “A person who is outside his or her country; has a well-founded fear of persecution because of his/her religion, race, nationality, membership in a particular social group or political opinion; and is unwilling or unable to avail themselves of the protection of that country, or to return there for fear of persecution.”

3. Incorporation of more skills and knowledge- Refugees can offer professional skills they attained in their native countries to the host country, thus enabling the host country to have diverse skills. Additionally, the refugees can teach the natives some language skills that they were not aware of.

4. They complement the job market- In areas with low domestic migration, refugees offer an economic boost that the local natives do not.

5. Stimulation of the economy- The businesses that refugees start offer employment services to the locals generate revenue for the government.

6. It boosts entrepreneurship- refugees tend to have a risk-taking behavior thus are more likely to take the risk of venturing into new businesses than the natives. In this manner, small businesses can be the source of jobs for the natives and the refugees. In the United States, for instance, small businesses create approximately 1.5 million job opportunities every year.

8. Facilitates transfer of knowledge and technologies back home- In some instances, some refugees choose to go back to their countries when the reason why they fled has been settled. As they go back, they incorporate the skills that they gained from the host countries into their businesses, thus creating a more diversified and competitive economy in their country of origin.

10. It is life-saving- The right to life is a fundamental right recognized worldwide; therefore, offering basic protection to refugees is a life-saving thing to them.

11. They contribute to social security- By being granted a right to work, refugees can cater to their daily needs; therefore, they cannot resolve social crimes such as theft. As a result, the social security of the host country is assured.

15. High revenue levels- The refugees pay revenue from their businesses through taxes. Additionally, refugees can pay more tax readily as the host country assures them of their security

1. Increased workforce by refugees leads to lesser wages- This is so because the payment has to be divided amongst the refugees in the workforce and the natives. This, therefore, leads to an uncomfortable life.

2. Unhealthy competition for jobs- The presence of refugees leads to a very high level of workforce in the market, thus leading to very high competition of jobs, thus leaving some natives unemployed.

3. Threatens social safety-This is so because refugees have been previously exposed to violence in their country of origin, and thus this may prompt them to perpetuate future violence

6. Emergence and thriving of a shadow economy- There is a tendency among businesses to evade the law to pay refugees low wages, something that is against the rule of law.

7. Overburdening of the welfare state- Many refugees may create a strain on the variety of allowances offered by the host countries, such as subsidized medical costs.

9. Increased pressure on housing– the more the refugees, the higher the demand for affordable housing. This, therefore, leads to an increase in rent payments, especially in low-income neighborhoods.

10. leads to deforestation- This happens because trees are cut down to create temporary shelter while dead wood is collected to act as firewood.

11. Soil erosion- This results from cutting down of trees and settlement of a high number of refugees in an area.

12. Depletion and pollution of water resources-This is a result of the usage by a very high number of refugees who have moved into the host country as they are in search of water and food.

13. Competition for natural resources- The high numbers of refugees in the host countries compete for wood fuel, building materials, fresh and clean water, and also food which is also limited.

15. Poor health conditions- Due to large populations, there is a high risk of infectious diseases spreading rapidly. Lack of clean water safe for drinking and cooking also contributes to poor health, especially amongst women and children.