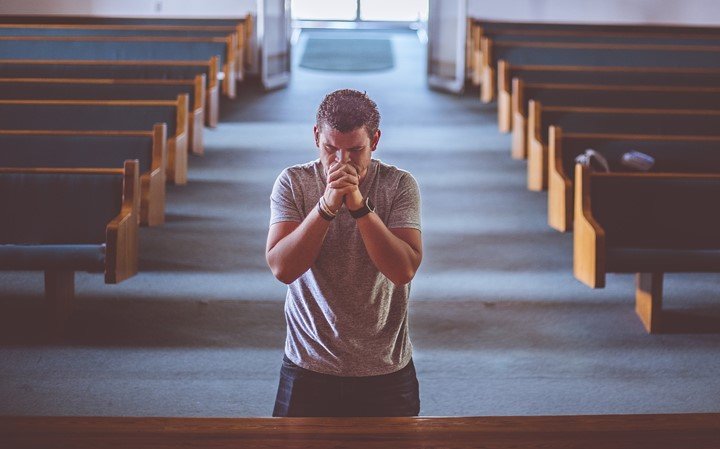 Religion has been in existence for centuries. It has brought humankind together and also has been a source of controversies that divide them over the centuries. Different cultures follow different religions to the extreme. Therefore, making it hard to imagine what current life would be like without this oldest practice known in human history.

When we look at whether religion is good or bad, there are no definite answers. Here, we do analyze the general impact religion has had on the world. Below we look at the pros and cons of religion.

1. Religions bring and give meaning to people’s lives. Religion gives people a sense of purpose. It gives them something to look forward to, to have hope and faith. Without a sense of meaning, people’s lives tend to lose value and may seem empty. It may lead to depression, anxiety, or confusion and questioning their existence. As a general rule, humans need a motivating factor that gives them the strength to look forward to the next day.

2. Through religion, humanity is usually revived. Through most religious organizations and communities, human values are always revived. By this, you find that religious institutions are a place for solace, protection, and peace for the needy. Here you may find food relief in times of drought, famine, floods, and other natural disasters. Some of them even offer sponsorship opportunities to needy students.

3. Religion gives an anchor of stability. Religious people tend to find hope and inspiration in religion in times when they are demotivated, desperate, and despondent.

4. Religion provides social coherence. In religious institutions, people who share common aims, moral values, and beliefs meet and advise each other on life issues. Apart from this, churches, temples, and synagogues provide a safe place where communities can meet and organize activities. Such relations build and strengthen social relationships among communities.

6. Religion is an inspiration. Through religion, the world’s greatest music, art, architecture, sculpture, and writings are inspired through different generations.

7. Religion offers books and teachings that have become a point of reference in human beings’ lives. With religious books such as the bible, Koran, and Hindu Vedas, people get to draw references from certain teachings. These teachings are beneficial to humankind as they help people make decisions and find meaning to things they may question.

8. Religion teaches and emphasizes all human values. Religion acts as a booster for the progression of human values that make us treat each other well. On the other hand, it also acts to curb the worst instinctive animal nature of human beings. Through religion, people may be able to question themselves instead of instinctively killing, stealing, etc.

9. Religion may give people trust in life after death. Many people are afraid of death or the thought of losing their loved ones. They are afraid to brooch the subject as they struggle to deal with death. All this arises from not knowing what comes afterward, through religion, people find the meaning and trust of life after death. It gives them a sense of hope of what may come afterward.

10. Religion helps people overcome doubt, anxiety, and fear of the unknown and known.

2. Religion is often misused by fundamentalists. Different religions offer different values and beliefs. Most believers want to practice their religion peacefully and believe in moderate values. Despite this, there are radical groups within religious groups that try to use religion to start radical movements or organizations. Such groups are instrumental in starting a lot of misunderstandings and causing instability and death.

3. Religion can lead to discrimination of the minority. Within religion, they preach about the acceptance of all their members. Some religions preach that members who behave contrary to what is preached and taught should be socially excluded. Therefore, religion is found to be discriminatory towards people who have different attitudes to what is considered the norm.

4. Religion suppresses freedom of thought. Religion takes away a great deal of people’s freedom as they are confined in their way of life. Believers may feel the pressure to only live within what is accepted and not stray or compromise certain practices. Believing in certain teachings only closes people’s minds to other suggestions. Therefore, most staunch believers tend to have a narrow worldview.

5. Religion absolves people from personal responsibility. Some believers use the statement ‘God told me to do it to avoid taking responsibility for their actions. Therefore, you may find some religious people acting in ways that are harmful to our society and use the bible or religion to justify their actions.

6. Religion contradicts science. We get to learn differently about human life, diseases, and disasters from science. Such teachings greatly contradict religion. Such contradictory teachings have made it hard for scientists and religious leaders to work together. Religion often emphasizes on people to rely on religion to understand life rather than depending on science.

7. Religion is hard to understand. Religion relies heavily on religious books and teachings which have been in generations throughout time. People find it hard to draw valid conclusions from religious books when they have no original; texts to refer to. Furthermore, with different translations to different languages, religion’s true meaning and teachings have become obsolete and misleading.

8. Some religions restrict people from truly living their lives. Some religious leaders preach on the living of limited lives here on Earth with a promise of a superior life after death. Such teachings are restrictive as some believers may ignore important basic needs.

9. Religion instills fear. With the promise of a life full of agony and despair in Hell when believers act differently from the acceptable norms, most believers live in fear.

10. Misuse of religion. Most people look for something to believe in. such desperateness has given rise to religions and religious leaders who are out to con a d enrich themselves through their congregation’s generosity. Such practices have given religion a bad stain as most new believers relate religious leaders to liars and thieves.