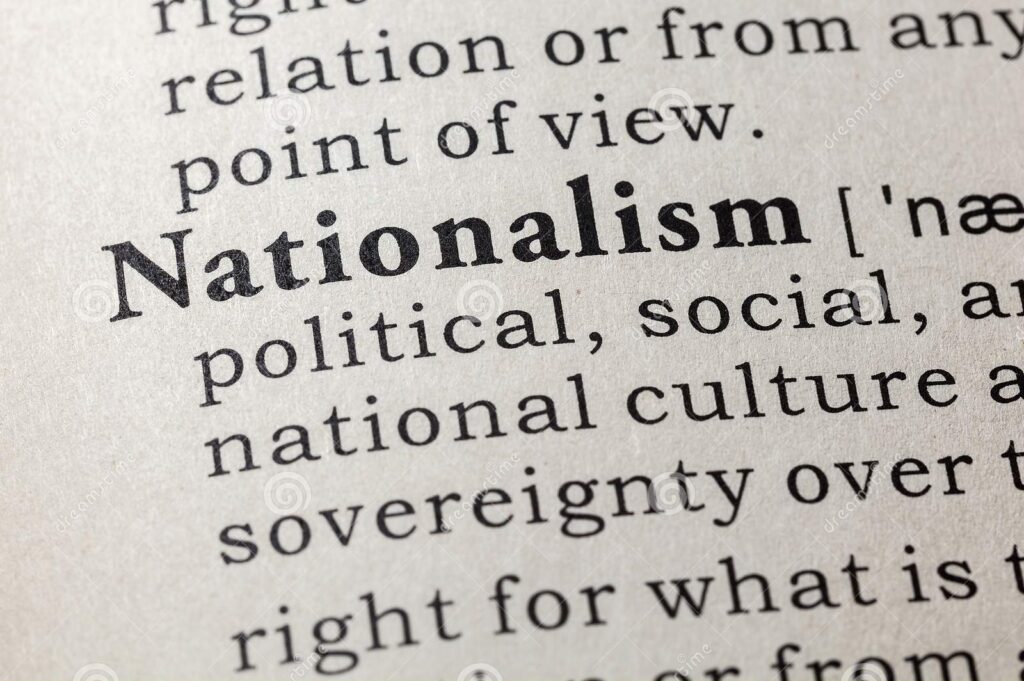 Nationalism is a system of governance created by people who believe they have a strong nation than other countries. Nationalism promotes the interest of a certain nation with a view to governing itself and maintaining sovereignty over its homeland.

It aims at ensuring there is a single national identity based on culture, religion, language, and politics to promote the nation’s unity and solidarity.

A nation that is superior to others has more bargaining power in the global market. A single nation’s identity makes it more strong and can negotiate from a position of strength.

2. Duty to Nation above all:

In nationalism, everyone has a right and obligation to protect his nation. Each individual is required to make supreme sacrifices and put the nation above all.

Nationalism brings about a sense of belonging, love, and attachment to one’s homeland. This makes it easy to ally with other nations

Nationalism ensures there is unity by establishing a single identity in terms of culture, language, and religion. It also ensures diversity from various ethnic groups to promote the growth of the nation.

Since nationalism embrace working together for nationalism and its development, it makes it easy to bring about justice and rule of law in the nation.

One of my favorite things about Nationalism is that it brings endless job opportunities just like globalization does. Furthermore, it encourages people to succeed in their lives by doing more. It enables them to move and settle from one place to another to continue pursuing their dreams and careers. For instance, someone can come to your country from any place on this earth and continues pursuing their happiness. All that is a fruit of nationalism. So this remains to be one of the best advantages of Nationalism.

It provides a unifying force that overshadows tribe identities. So many countries are living in peace because of Nationalism even though they have so many tribes. For example, Italy. Germany and Tanzania can attest that it has really brought unity.

Many countries such as India fought the poison of imperialism using Nationalism. So many countries have been guided to their freedom just because of this.

10. It created a big government:

This has helped in very many aspects such as building schools and hospitals for people. A mega system is able to function just because of nationalism. People are able to share national resources without conflict. It is one of the factors that cause development in a nation. This in turn increases the living standards of people.

Nationalism has brought out the best version of its citizens. For example, the soldiers are ready to risk their lives so they can protect their countries. Doctors on the other hand are always on the frontline to save the lives of people. Besides, during sporting activities, athletes just want to perform better for their countries.

Nationalism has led to the emergence of powerful continental identities such as the ASEAN or EU. These regional blocks are very helpful especially when it comes to promoting development. Besides, it makes the region more powerful by overseeing the lDevelomenallowing countries to support each other.

1. Compromise the security of the nation:

Nationalism may make a nation take extreme measures (left or right fringes) in the name of securing the nation. It can also lead to a civil war where one nation feels that its values are being attacked.

Nationalism makes people intolerant of people from other nations. This results in extreme hatred among the nations affected. Some people may feel prejudice against others in the nation.

A nation that practices nationalism and has more powers over another, can insult and hurt other nationalities based on their culture, religion, and political ideology.

An individual is only supposed to think about his nation and most of the time doesn’t have any concern for the country he is living in.

The distrust of nations led to the start of both WW1 and WW2. These wars led to the I’ve destruction of property and the death of many people. When a country feels that it’s greater than the others in terms of combat then it might use unnecessary and excessive force.

7. Politicians can manipulate the feelings of people:

When trying to justify detrimental policies, politicians hide behind nationalism. For example, Donald Trump eliminated all immigrants from the USA and built a perimeter wall over Mexico.

8. Some sections are eliminated:

Some eliminate some sections of its citizen due to the Narrow definition of Nationalism. For example, nationalism is defined based on Islam in Pakistan. Therefore the rest of the groups such as Christians are eliminated. This is what breeds hatred.

If we did not have nations then nuclear bombs would not be relevant. But due to the Existence of nations feeling jingoistic, nuclear weapons are still in existence. These weapons are very dangerous.

This can lead to tragic wars.

It’s no secret that Australians love to gamble. In fact, we’re ranked seventh in the world when it comes to gambling expenditure per capita. So it should come as no surprise that there are always new casinos and gambling venues popping up all over the country. Here’s a look at some of the new casinos and gambling venues that are set to open in Australia in 2022. If you’re looking for somewhere new to try your luck in 2022, you’ll have plenty of options. Whether you’re in Sydney, Perth, or Adelaide, there’ll be a new casino or gambling venue just waiting for you to visit. So what are you waiting for? Start planning your trip today with our partner

Please, don’t hesitate to check the gambling website of our partner: https://aucasinoslist.com/casinos/new-casinos/.