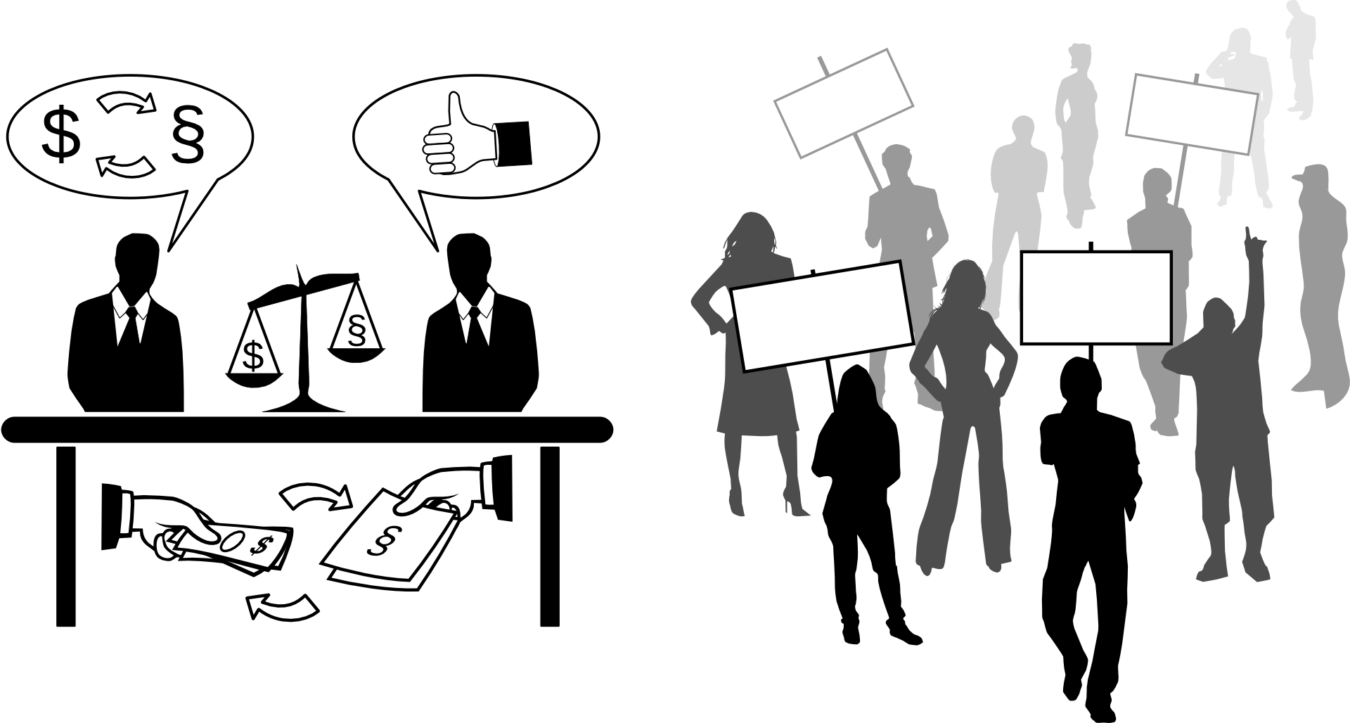 Lobbying is a practice where companies or individuals influence specific actions or a particular issue. For example, citizens can put pressure on the government to undertake a certain public policy action.

In politics, political lobbying seeks to create beneficial legislation for the people represented. Lobbying is a legal process and is part of the modern participatory government.

1. Power in numbers: Lobbying helps in aggregating the interest of the majority. A single voice can’t be heard or any action taken against it, because lobbying is influenced by many voices. Besides, the size of the group focus on the research done and supporting facts to take action.

2. Control the majority’s power: If the majority are left to pass legislation, they do so without considering how it will affect others. Lobbying reduces the opinion of the majority and ensures the representation of those affected by the changes.

4. The best method for offering solutions: Lobbyists in a particular community shed light on the needs of people and come up with solutions that have an immediate positive impact on that community. Elected officials can rely on this information and know the needs of different groups in a community.

5. Encourages participation of everyone: Anyone can be a lobbyist and initiate a particular task. For example, discussing issues that affect various groups with the elected officials. It is an open process where everyone can participate.

6. It builds consistency: just like brands, customers should not find it difficult to understand a product. For this reason, there should be consistency to verify authenticity. Similarly, not everyone you elect during elections will deliver the manifesto. Some unethical lobbyists want to influence politicians. Lobbying helps to build consistency for all parties. In addition to that, government policies should always be consistent. Lack of continuity has negative effects.

7. Informs the state: being informed gives a chance to be part of things and creates a connection with the nation. It is hard for the state to know issues affecting minor people in society. For this reason, there must be an individual who can reach out in the debates on behalf of other citizens. Lobbying plays a key role when it comes to informing the government. It makes sure important points from society are heard by the government during public debates. This helps officials to make effective decisions that will favor society. Besides that, it can only be efficient if citizens vote for a leader who cares about them and not his needs. The corrupt official will take development funds instead of improving the region.

8. Shapes the government officials: leaders are set to have a positive example to inspire a team. People believe that lobbying only influences government operations. However, it can be used to influence policy climate. This will shape a leader’s attitude on important topics. They will be able to check the process of policymaking and encourage or discourage where necessary. Moreover, a good attitude assists a person to attain goals hence winning against others. Lobbying helps the government members to bear future policies and legislation.

10. Transparent: fairness can only be improved when the lobbying process is visible to the public. Lobbyists are required to file reports on issues they have discussed.

1. Based on minority needs: Lobbying focuses on the needs of the minority since the majority can self-advocate for themselves in the government. What is useful to a particular minority group may not be useful to other groups.

2. Effective for a specific group: Lobbying requires funds and other resources to push it through. Lobbying groups with limited resources will not be more effective though there are exceptions. Lobbying groups from wealthy and privileged classes are more successful.

3. Sometimes might not work: There is no guarantee when a lobbyist pushes for a particular action it will succeed. Even the best lobbyists sometimes get rejected. There is a lot of uncertainty in lobbying.

5. Focuses on meeting a specific goal: Lobbying mostly advocates for personal needs only and doesn’t consider other elements in society. As a result, a lobbyist will focus on ensuring his/her opinions are considered and a solution is implemented.

6. Unethical lobbyists: even though there are a set of ethics, not all lobbyists are trustworthy. Unethical lobbyist looks for loopholes to favor them. For example, they can reward a policymaker to consider their issues. This practice is won by organizations and people who have money. The only thing a lobbyist should sell is accurate information and being honest to the law, individual, and public.

7. Undermines fairness: lobbyists access lawmakers easily unlike others. Makers listen to those who they know socially. Henceforth, the known wins against others. This can make lobbing less effective seeing that it did not involve fairness. Lobbyists should have ethical codes and respect laws and citizens.

8. Lack of common good: lobbyists are advocates who represent one side of an issue. In most cases, the powerful interest is the one represented. Lawmakers should also fight for people who are not represented by powerful lobbyists.

9. Lack of enough transparency: lawmakers insert bills at the last minute so that other members cannot have time to go through the reports.

10. It needs experience: not all voice is heard in the lobbying process. Someone who is more experienced knows solutions.