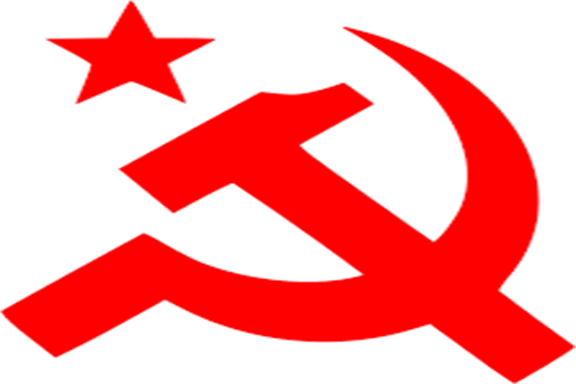 Communism is a social system in which all properties are state-owned and each individual in the society will be compensated according to his/her abilities and needs in the community. According to German philosopher Karl Marx, individuals in the community work on what they love and contribute their skills for the well-being of all. This leads to prosperity in the economy of society.

1. Reduces social-economic differences in the society: In communism works according to his abilities and receives based on his need. Therefore, everyone is on the same footing and works within where they’re needed and creates higher efficiency since there is a small difference among them.

3. Same opportunities for everyone to start life: In communism, everyone is given the same chance to build their own life. In this structure, you get to work at what you are good at and what will be beneficial to the entire community in general.

4. Strong social community: Individuals focus on building a strong community through their work and responsibility in society. They work towards inclusion for everyone.

5. Education to all: The communist government ensures education opportunities are presented to the general public for free. This is aimed at improving the quality of life among the people.

6. Everyone gets an education: Education has several benefits in an individual’s life.  For example, it brings productivity, reduces poverty, improves critical thinking, connects people, and brings good communication.  Communism has one aim of improving the whole society. As a result of this, every child is enrolled in schools. However, education has some restrictions like the choice of subjects. In addition to that, a communist nation allows everyone to get a higher education. Countries with a high percentage of literate people are more productive compared to the ones with many illiterate citizens. Literate individuals have better communication and choose wise leaders who can develop resources.

7. Equalize opportunities: Democracy only favors the rich who can access all resources unlike the poor. Communism gets rid of social-economic groups. Everyone has equal opportunities to get wealth and property.

8. Builds community: Communism eliminates differences in the community. People work together hence it builds a relationship between individuals.

9. Makes a country to be strong: The government has a goal to control everything and ensure everyone gets an equal chance.

1. Manipulation of public ownership structures: Since no private ownership of properties, there is a high risk of abuse of all public property. People in the top level of governance in a communist structure have control over the community resources and they may decide to use them for their gains and nobody can stop them.

3. The opposition is not allowed unless authorized by central authority: In a communist government, there is only one entity that controls the entire government state and performance of the society. The entity dictates the rule of law be followed and no other body is allowed to operate in that government unless it is authorized to control some sectors of the government.

4. There is no distinction between propaganda and education: The education system offered in the communist government is micro-managed, directed, and monitored to ensure the delivery of desired results. In return, the public is required to comply in every aspect of the government.

5. Income limits: The government dictates what you’re supposed to earn based on your needs. Once you get enough salary to cater to your basic needs, the rest of your income goes to the government for redistribution among the society unless authorized otherwise.

6. Prone to poverty: Even though a communist country tries to reach out to everyone, most families can become poor. Government officials make laws and rules that can only favor one side. For instance, a specific class of people should get more compensation while others work and get barely anything. Moreover, wealth belongs to the community and not family members. This often results in poverty.

7. The government control social media: Even though communist countries have the biggest social media markets, it has blocked access to social media websites such as Facebook, Twitter, and YouTube. For example, china allows citizens to use domestic social media like Renren, Weibo, and YouKu.  The websites are used to feed news and organize events.  Domestic media restricts individuals to reach people internationally. Also, they are not given a right to control messages directly seeing that the government monitors everything.

8. Citizens do not get the correct information: Politicians have more power than the public. Therefore, the control message is given to the public. The government does not allow them to contact internationally before the nation. This means that citizens can get wrong information to benefit the country.

9. Restrict human rights: Communist nations are like a threat to human rights. Leaders believe that human rights will destroy power.   additionally, the government finds it hard to manage a huge economy without the help of the public. Political freedom on citizens is essential because different views of people help to make the right decisions.

10. Poor cultural performance: Communism results in cultural differences.  This is because it has the satisfaction of customers on certain cultural aspects.