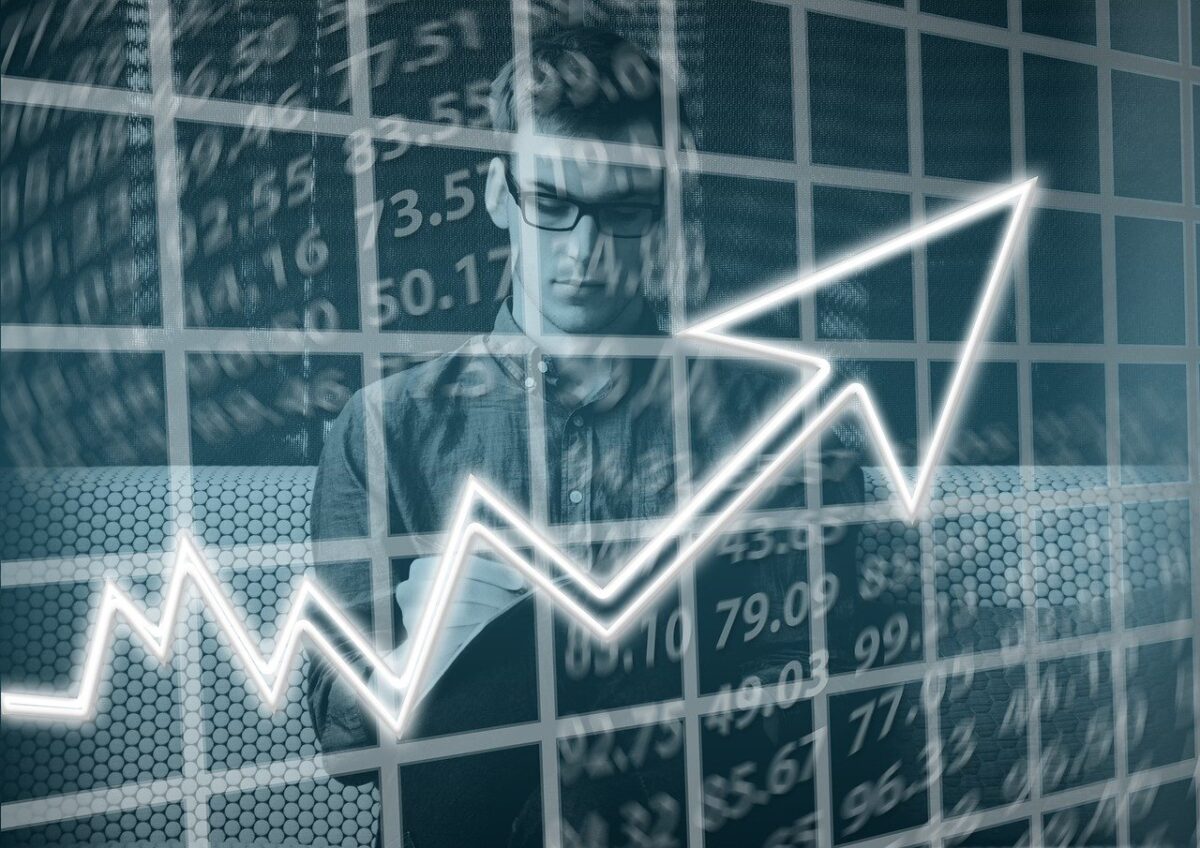 What does society think of the government’s role? If a society wants to avoid government intervention in production and various economic systems and instead rely on market-based competition and supply/demand needs, that society will want Capitalism.

The distribution of commodities and services in Capitalism is dependent on social dynamics rather than government regulations or mandates. The main advantage of Capitalism is that everyone has some power over their own destiny in life.

The people have the option of starting their own business, working for a certain company, working as a freelancer, or not working at all. Whatever ambition they have, they will be able to pursue it to some extent.

Capitalism has the potential to divide people into socioeconomic classes, limiting their prospects. Because they have more access to the societal systems that generate money, people who become wealthy tend to strengthen their position.

Poor people have fewer opportunities to improve their situation since they have less access. As a result, the rich get richer, and the poor stay poor. When weighing the benefits and drawbacks of Capitalism, keep the following points in mind.

Because it is necessary to compete in order to remain profitable, Capitalism is unlike any other economic system in that it stimulates innovation. This happens at all levels. To generate superior products, businesses engage in research and development. Employees work hard to improve their best practices in order to stay as productive as possible. More problems are solved by improving services.

2. It Is A Civilization Built On The Concept Of Service To Others

Capitalism can be viewed in two ways. The first is that people in Capitalistic societies labor for their own advantage. The second point is that every employee in a capitalist system benefits someone else in some way.

People who work in the manufacturing industry can earn a solid living while solving an issue for someone else in society. Capitalism’s goods and services are all geared to make someone’s life easier.

3. Egalitarianism Is Promoted By Capitalism

Although the affluent tend to get richer and the poor tend to stay poor, everyone in a Capitalist society has a chance to succeed at first. Some may have to put in more effort than others, but there is always a chance at some level. There aren’t always monetary incentives. There is one yet direct guiding principle: if you work hard enough, you will be able to achieve your goals.

A climate of innovation and economic prosperity is created when businesses and individuals are rewarded for their creativity and hard work. This contributes to higher real GDP and higher living standards. This increasing money allows for a higher standard of living; in theory, this increased wealth benefits everyone, and there is a ‘trickle-down effect’ from rich to poor.

In a capitalist society, businesses only have power because customers give it to them. If buyers aren’t interested in a company’s goods or services, the company will go out of business. This means that enterprises must produce items or services that society wants, thereby helping to meet the requirements of individuals and households.

6. It Offers A Broader Selection Of Goods And Services

Individuals face unique challenges that must be addressed. Because of the large range of needs, firms might identify a niche in which to operate. It will continue to run if the items or services being offered have value, which is defined as the ability to address a problem.

As a result, societies that run without government influence or mandate offer a larger selection of products or services.

7. Rather Of The Government Setting Prices, Capitalism Permits The Market To Do So

Rather than allowing the government to meddle with product pricing and availability, Capitalism focuses goods and services on individual needs. The high demand for a product or service is the driving force behind the price in the economy. Based on the necessity for a reaction, inventories are pushed higher or lower.

That is how Capitalism naturally gives an opportunity for consumers to select the things they believe they require to solve any problem in the most effective manner feasible. The government can’t tell people what they have to buy or how much they have to pay.

8. Capitalism Recognises The Importance Of A Smaller World

In the underdeveloped world, there are people with incredible skills who are underutilized. Businesses can use these resources to innovate thanks to global Capitalism. These advancements allow the developing world to continue to improve conditions for local populations, with the goal of eventually eliminating hunger, water scarcity, and other potentially life-threatening conditions.

9. It Allows You To Be Free

Governments intervene in economic markets for their own gain, not for the good of individuals. The individual is the focus of Capitalism. Demand determines pricing and availability. People have the full freedom to choose the goods and services that best fulfill their requirements rather than being limited or restricted to a small number of possibilities owing to government intervention designed to protect the ruling body’s structure.

10. There Is A Chance To Participate In Government

People get involved with the government in a variety of ways, from voting to serving on local boards to campaigning for national office, in order to influence the conclusion they want.

11. Capitalism Tries To Keep Government Spending To A Minimum

Capitalism’s purpose is to lower the amount of regulation that exists in every industry. Although it is acknowledged that defense and infrastructure are common necessities, this strategy prioritizes the smallest amount of money possible. Accountability for the money spent is also required to ensure that it is effective.

When there isn’t much money spent on public services and high progressive taxes are imposed on persons earning as little as $50,000 per year, each worker keeps more of their earnings. Rather than investing in shaky government services, they might put the money toward their immediate needs.

12. You Can Profit From Your Talents Or Skills

Because the government licenses the method, Capitalism has a national vision, but it also incorporates characteristics of individuality. Because of the market dynamics at work, if you have a specialized skill set that is in high demand, your salary will naturally be higher.

High-skill occupations are in high demand all over the world, so if you wish, you can relocate to practically any region to get a better-paying career. You can even transform your skills into a worthwhile self-employment opportunity, with your profits reflecting your hard work.

Within a Capitalist society or city, there is a particular emphasis on money. To consume manufactured goods, you must have money. You need to make money so that you can buy the things you want to eat.

This suggests that people are more motivated to work for a company than to work for themselves. Working or not working is a choice, but choosing not to work makes it difficult to participate in a Capitalist society.

2. It Prioritises The Requirements Of The Company Over Those Of The Person

In a capitalist system, businesses take the place of the government. To stay in business, the company must continue to innovate and save costs. Because most firms’ main expense is the labor required to produce goods and services, Capitalism focuses on eliminating the need for workers rather than adding new ones. This progression can be seen in self-checkout lines at restaurants and grocery shops.

3. Inherited Wealth And Inequality Of Wealth

However, many people become wealthy simply as a result of inheritance or birth into a privileged social stratum. As a result, capitalist society fails to give not only equality of outcome but also equality of opportunity.

4. Those Who Are Incapable Of Being Productive Are Left Behind

Capitalism places a premium on capable individuals. If someone is unable to contribute because of an injury or disability, they are no longer capable of doing so. These folks are left behind, abandoned since they are not crucial to society’s survival.

Capitalism focuses on supply and demand competition. You’re not needed if you can’t create a supply and don’t have the resources to meet demand.

5. Unregulated Capitalism Leads To Consolidation In The Long Run.

In a pure form of Capitalism, businesses will gradually consolidate until there is only one provider left on the market. The idea is to limit competition so that the goods or services being sold can make the greatest money.

This is referred to as a “monopoly.” When this happens, the business has complete control over the business-to-consumer relationship. They can charge any price they want for what they’re selling, and the buyer must pay it.

6. There Is No Motivation To Pay Workers “Properly” Even When They Are Needed.

In its purest form, Capitalism is a race to the bottom for workers. Businesses are encouraged to pay the lowest feasible wages to retain employees while charging the highest possible wages for their productivity. Someone will always be willing to labor for less money, which means that workers must either accept the lower pay or go without.

7. The Market Is Devoid Of Competition

Only the best is provided by Capitalism. This indicates that larger companies with greater capital are attempting to drive smaller companies out of their market. It also implies that individuals with “better” talents try to eliminate workers with a lower skill set.

As a result, Capitalism creates chasms between socioeconomic groups. People and corporations must either learn new skills or discover new ways to compete at some time, or they will be eliminated from society.

8. There Is No Emphasis On Social Or Environmental Issues

Capitalism’s purpose is to maximize consumption. Therefore energy is focused solely on that demand. There is no thought for the environment, the social systems of society, or any other harm that may be caused. The actions should be pursued if they are profitable. As a result, corporate and individualized greed emerges as a logical byproduct.

9. In Capitalism, Governance Serves The Best While Ignoring The Worst

Because they provide the most to society’s infrastructure, governments support the greatest enterprises and the wealthiest individuals. Because their contribution levels are “smaller” than others, the poor receive services as well, but not to the same amount.

Everyone has the potential to succeed, but without some level of government intervention, those chances are likely to be fleeting. People with more resources have the ability to generate more for themselves.

People with limited means, on the other hand, frequently focus their efforts on self-sufficiency rather than wealth accumulation. As a result, two main categories of people emerge the haves and the have-nots.

11. Capitalist Economies Do Not Necessarily Follow A Growth Pattern

When there is a moment of expansion, living in a society that relies on Capitalism can be thrilling. When the economy decides it’s time to contract, it might result in increased unemployment, more people relying on social safety net services, and a drop in producer earnings.

Those who are wealthy can weather the storm because they can draw on their reserves to maintain their standard of living. That would not be possible for someone living paycheck to paycheck.

12. Capitalism Has The Potential To Exacerbate Segregation

People tend to congregate in areas where everyone earns around the same amount of money. If you are wealthy, you will not choose to live in a project in the heart of the city. The houses in a posh area are out of reach for middle-class families.

In a capitalist society, every social and economic class separates itself since it is the only way for people to relate to one another.