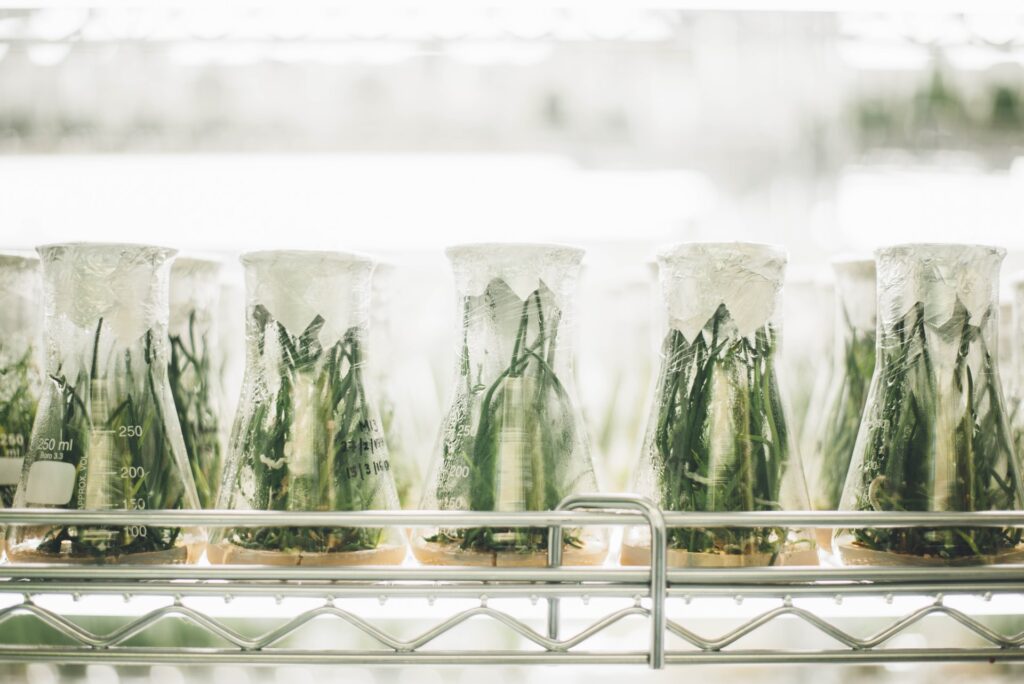 Pros and Cons of Biotechnology

Biotechnology is the concept of using technology to manipulate biological systems like living cells in order to manufacture various products for humans.

Biotechnology can be applied in agricultural fields, the pharmaceutical industry, animal husbandry, and the medical field.

1. Nutritional improvement: Biotechnology is applied in the production of crops with high nutritional value such as vitamins and other nutrients. It ensures individuals improve the dietary quality of the food taken. Individuals will be able to take less food and feel satiated.

2. Quality crops: Genetically modified crops are of higher quality, increased yields, and increased shelf life. These crops are engineered in order to be pest resistant. As a result, farmers use little or no pesticides that affect the production of crops.

4. Offer advanced medical opportunities: Biotechnology results in the advancement of studies that enable us to understand genetic diseases such as cancer. As a result, more effective treatments and vaccines are created to cure the disease. It also enables us to understand the reasons behind some birth defects.

5. Help minimize waste products: Biotechnology enables the creation of waste products with biodegradable properties. It also makes the management of landfills to be more effective. Therefore, it minimizes the footprint left behind for future generations.

7. Biotechnology makes the food chain flexible: There are places that may not support the growth of some plants. For instance, it is almost impossible for plants to grow in the desert. But with the application of Biotechnology, plants can grow anywhere. More so, there are places where pests can affect the growth of certain crops. However, the application of Biotechnology can work perfectly in the cultivation of pest-resistant varieties.

1. Affects soil fertility: Crops always obtain vitamins and nutrients from the soil so as to grow well. Using genetically modified crops will affect soil fertility and this can affect the growth of crops in the future. After using biotechnology, the soil will take a lot of time before regaining its fertility.

2. Spread of genetic components into the ecosystem: Genetically modified crops may transfer some of the crop’s genes to other plants.

3. The spread of blight in crops: The establishment of big farms and feed heaps in large-scale farming results in the spread of blight. As a result, the plant leaves with or dies. The manipulation of plant genes reduces the chances of diversity in plants thus affecting some plant species that rely on the gene species for survival.

4. Complex genetic condition: It will result in the complexity of the genetic condition. Single gen can’t determine phenotype or any noticeable trait in a crop. To do this, you have to combine different genes and the environment.

5. Market instability: Because of the fast growth contributed by pest resistance crops, there is a higher yield compared to conventional crops. High production may result in market instability.

6. It can be applied in mass killing.: Biotechnology has lots of negative applications. For instance, some people may use it to develop biological weapons for mass destruction. The knowledge of Biotechnology can put the populace at a high risk of death. Human beings are not to be trusted with such ideas, as a slight mistake can be very detrimental. There should be immense research about its negative impacts before introducing it to the populace.

8. There are a plethora of unknowns: Over the years, a plethora of research has been carried out in the field of Biotechnology. The field has been expanding gradually, but there are still many unknowns. Some of the unknowns can pose long-term effects after all actions and reactions are equal and opposite. Who knows? Some of the actions today may affect the lives of unborns.

Also read reviews about other Animal brands from our writers, Continue Reading →