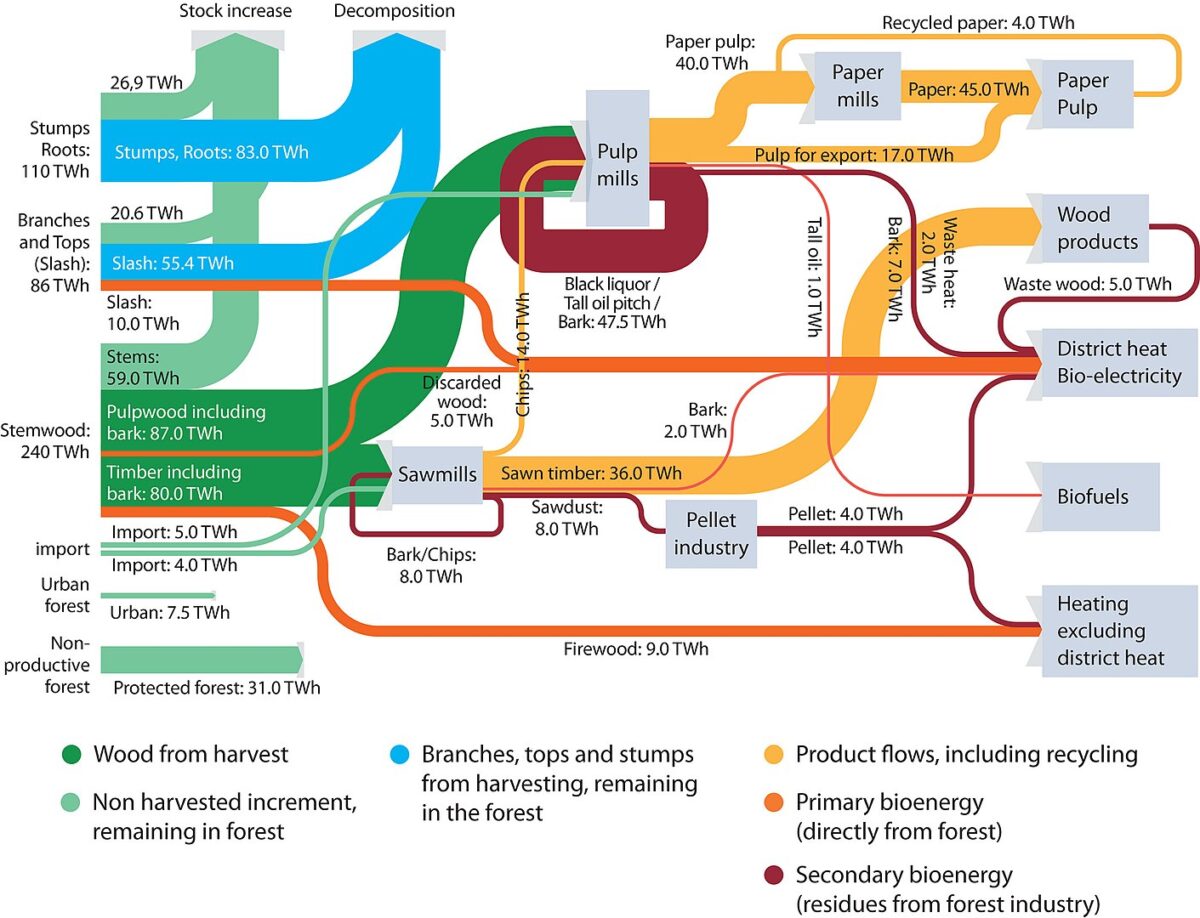 Biomass is made up of organic matter from the decomposition of microorganisms (plants and animals). This source of energy can be used indirectly through conversion into fuel or directly through combustions to produce heat. Biomass energy is widely used in generating electricity with steam turbines or making methane gas, biodiesel, and other biofuels.

1. Renewable source of energy: Biomass is made from renewable materials like the decomposition of crops, manure, and garbage. Crop sources may take time usually months before they can be decomposed to produce energy.

3. Carbon neutral: Carbon-neutrality is an essential element in biomass production. During the photosynthesis process, plants absorb carbon dioxide from the atmosphere. When the plants are burned to produce energy, they release carbon dioxide back into the atmosphere which is then used again by new plants. This balances the carbon emissions resulting from the burning of biomass.

4. Widely available: There are abundant sources of biomass energy making it widely available as an alternative source of energy. There is a growing number of animal and plant waste and at the same time, the production and consumption of energy levels continue to increase.

7. Lesser Garbage: In landfills, there is less production of solid waste or garbage. When you burn solid waste, the garbage amount disposed on the landfills gets reduced by 60-90%.

8. Higher Profit Ratio: The producers and manufacturers have the ability to have a higher profit percentage even from a lower output in the case of biomass production.

9. Increased Revenue Source: The production of biomass multiplies the source of revenue for every manufacturer. The waste producers can pile up value by funneling their garbage for creating fruitful use in biomass energy form.

10. Lesser Greenhouse Gas Emission: Landfills are a great contributor and source of harmful greenhouse emission of gas that pollutes our water, air, and land. Also, by burning solid waste, there is a reduction in the pricing of landfill disposal. Moreover, it reduces the land amount that is needed for landfills.

1. Release of harmful gases to the environment: Fuel made from biomass gas release gases like carbon dioxide, carbon monoxide, nitrogen oxides, and other volatile organic compounds that contribute to air pollution.

2. Expensive: Compared to other sources of energy, the construction of biomass plants is very expensive. The operational cost of the plant is also very high.

3. Lead to deforestation: Wood is the major source of biomass production and to produce higher amounts of energy, a lot of wood and other waste products have to be burned. Producing biomass on a large scale will lead to deforestation.

4. Pollution: Burning waste and plants to produce energy results in pollution of the environment. Therefore, biomass energy is not clean when burned.

6. In-efficient: Some biodiesel products like ethanol produced from biomass is very inefficient compared to the production of gasoline. To improve ethanol efficiency, you have to combine it with gasoline.

7. Not Wholly Pure: Biomass comprises carbon-neutral, thus, there’s acceleration in the use of human and animal waste that results in the enhancement of methane gas. Therefore, the production of methane gas results in causing damage to our environment. Also, there is the creation of pollution by burning wood & several other natural elements that result from coal burn & other energy resource types.

8. Companies Encroachment: There can also be a requirement for additional space for growing organic matter. Also, if companies are using or growing trees and crops to only use bioenergy, it will surely result in having a bigger land area for electricity production.

9. Organic Plants & Animals: When you clear organic material and plants from the planet, earth, it can also result in a collision of the health of your nearby soil region or soil that needs biomass for fertilization and compost.

10. Pollutants Emission: It is seen that while the generation of electricity biomass gives rise to the release of pollutants into the atmosphere, such as nitrogen oxides, carbon dioxide, organic compounds that are volatile, and a lot more. In a few cases, the pollutants and emissions from biomass can take a worse face compared to fossil fuels resources.

Conclusion:
In a nutshell, before installing a biomass energy plant, do consider these pros and cons of biomass energy sources. The health, as well as environmental bioenergy consequences, can be reduced via a lot of efforts that include more replantation initiatives, technological and creative innovation, and sustainable practices of land use.