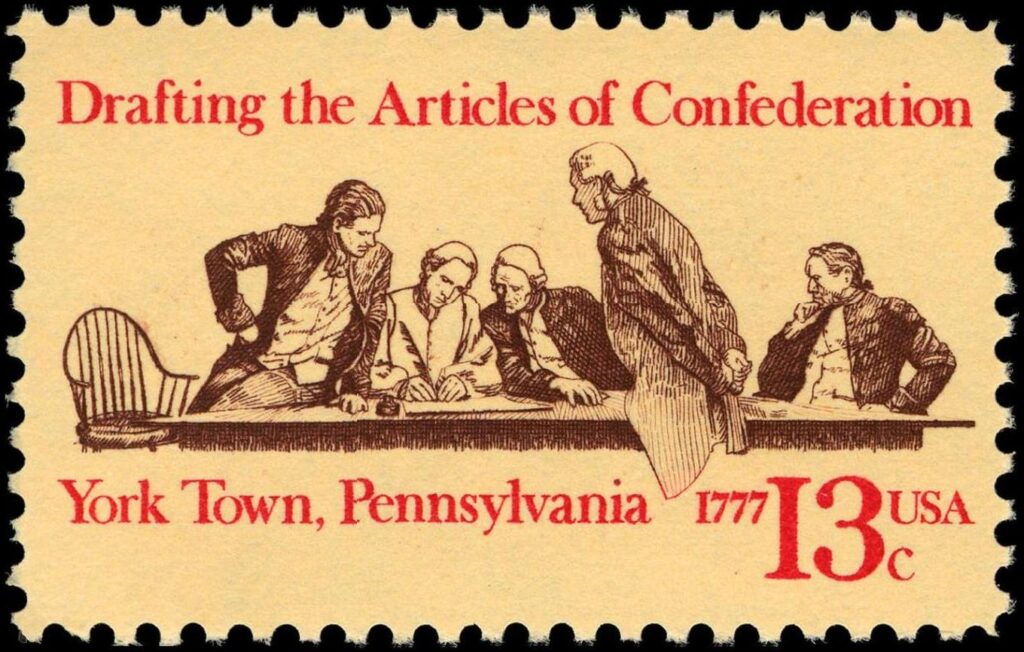 The articles of confederation is a constitutional approach initially established by the United States. The confederation was meant to make the US stronger against Great Britain. The 13 colonial states have adopted it to enable them to stay together during a war thus, leading to the creation of a centralized government.

2. Promote unity: It ensures there is togetherness among the states in the fight against British colonialism. The states send ambassadors to other nations overseas so as to solve any issues within the territory.

3. Colonies got a chance to go global: Various world governments couldn’t officially support the colonies during the revolutionary war. There was no centralized government to communicate globally at the highest levels. Articles of confederation let the world know that the colonies are ready to defend themselves and should be taken seriously.

4. Led to free movement: The constitution helped the US to establish borders and honor each state’s sovereignty. The citizens were free to go to any colony state they wish without carrying papers or need to apply for a visa.

5. Encourage trade and freedom: The articles of confederation promotes trade among the 13 state colonies. The constitution encouraged the states to work together so as to benefit from each other instead of relying on goods and services from the international market. Americans were free to find employment opportunities anywhere.

6. Requires complete agreement to make changes: For any change to occur, all 13 states have to be involved. This provides a level of consistency to the constitution and everyone could rely on it.

8. Acted as a symbol of victory: For those who favored state sovereignty, the Articles of confederation were seen as a representation of victory of the unified fight against British Colonialism and through ambassadors sent to the rest of the world. Article 2 stated that “each state retains it’s sovereignty, freedom and independence and every power….which is not expressly delegated to the United States..” And being the first constitution of the United States, it was greatly honored.

9. It intensified Civilization: Since the movement of Americans was now free across the states and not regulated by any factor. Native Americans from remote states had the opportunity to interact with those from more developed states, thus influencing their behavior and way of life. There were intermarriages that made it possible for them to establish preferred cultures.

10. Promoted economic development: The strong and sovereign central government reinforced by the Articles of Confederation was able to execute its duties flawlessly, a factor that saw the United States rise economically. Worth mentioning is the value of the currency in the individual states, that was before, decreasing due to inflammation.

2. Poor taxation system: Since articles of confederation do not support a central government, there is no tax base. This limits the nation’s funds needed to repay debts and helps in the development of the country’s infrastructure.

3. Takes long to be fully implemented: Since all the 13 states have to be involved in the amendment of the constitution, it takes longer to be implemented. The national government has no right to impose laws on states whereas the congress leaders have little influence. This makes it difficult to unify colonies.

4. Brought too much independence: Articles of confederation made each state independent with its own currency whereas the other states were treated as patriots. This led to increased inflation and reduced the economic powers in each state.

5. Slavery: There was a disagreement on how taxes are levied between the states. In some states, the whites are taxed more while other state-required all people to be taxed except Native Americans. They later reached an agreement and placed value on slavery who are to be charged more on taxes.

6. Poor military programs: The constitution required each state to be independent and maintain its own military base. As a result, there was poor training and there was no stable army to protect the entire country.

7. Limited rights by the member state: Since the articles created sovereignty and a national government, the 13 member states had limited rights and freedom to conduct their own diplomacy and foreign policy.

9. Lack of an independent judicial system: The Articles of Confederation did not offer any system of courts in the national government’s area of influence. This implied that the entire judiciary branch was dependent on the 13 member states. This delayed the functions of the judicial branch.

10. Economic chaos: With the excess independence and poor regulation of trade caused by what was postulated in the Articles of Confederation, came economic chaos in the region. There was increased inflation that drastically affected the economic well-being of nearly every state. The result was economic incapability in the jurisdiction of the central government.