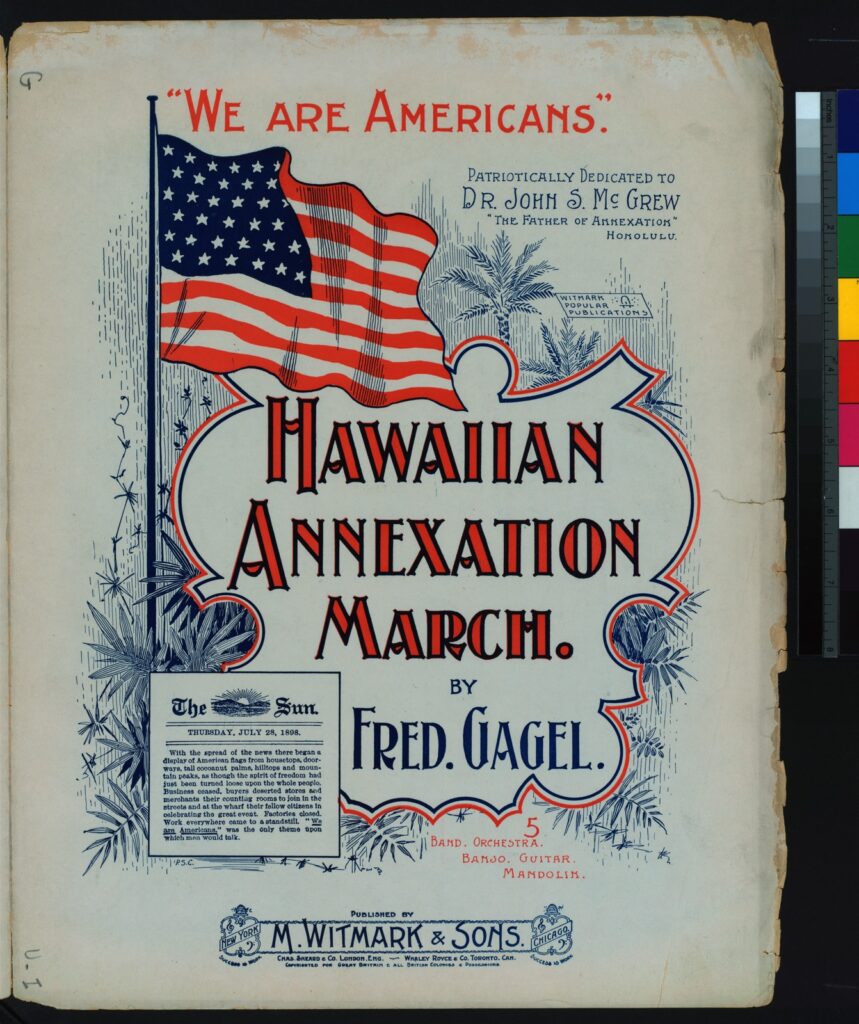 The United States extended its territory by taking over Hawaii. If the US didn’t proceed with the annexation of Hawaii, another country would have. This led to economic integration with the islands thus making the US a superpower nation. Let’s take a look at the pros and cons of the Hawaii annexation process.

1. Provides means of export: The US can benefit from the export of various products from the island. There is a significant amount of merchandise exported that earns the American government over $460 million in 2018.

2. Increased wealth for plantation owners: Sugar farmers along the island can generate a lot of wealth. Growers in the treaties contributed to the rise of the economy. As a result, they were able to create immediate wealth.

3. Contributed to the US move towards modern economy: The move of the US to take over various island countries and other small countries made the US a global economic leader. The Annexation of Hawaii enabled the US to develop a path towards modernization.

4. Provides defensive barrier: One of the major reasons the US took over the annexation of Hawaii was due to its pacific location. The island offers a defensive barrier against any potential invasion.

5. Cultural exchange: The exchange of cultures during the annexation of Hawaii made the US a strong nation during the 19th century. Working together of nations brought more alternatives, better economic opportunities, and other benefits to society.

6. It was a common practice of governments at that time: Colonization efforts were happening all over the world. This made Hawaii prone to annexation by any other country that could show interest, including Britain and France.Both of which had forced the signing of their economic opportunity treaties by Hawaii. This made the United States begin the process in the 1830s to establish a friendly relationship with the Hawaiian local monarchy.

7. Followed historic precedent by Texas: America’s involvement in warfare as people pushed westwards led to the capture of Texas. This created a strong base that made the presence of Americans prominent. Hence through the joint resolution between Texans and Americans, they entered the war and the act was completed successfully.

8..America became a superpower: Britain and France which had earlier shown interest in taking over Hawaii weren’t anything compared to the United States at that time. For it had become a superpower, this later accorded Americans successful warfares against their enemies.

9..Expansion of the United States’s jurisdiction: It was evident that American governance had expanded, with the annexation coming a few years after the capture of Texas. The governance had an increased area of influence, spreading from the marginalized Atlantic to the Pacific stretches.

10. Increase in value of the United States Dollar: After the demonetization of the data, the need for the US dollar in Hawaii was incredibly higher as the trade was at its best. Both sugarcane farmers and merchants needed a currency that could circulate the value of their products in the region.

1. Eliminates data currency: The annexation of Hawaii resulted in the elimination of data, the Hawaiian dollar. After the US took over the island, the currency was demonetized. As a result, the initial coins were melted down to make jewelry.

2. Discrimination action: Cultural conversion was met with more resilience. It also led to discrimination, segregation, and even some violence. Afterward, the native islanders were treated as second-class citizens. Once the annexation was complete, the locals from the island had difficulty getting opportunities due to low-cost labor from Asians and Japanese.

3. Overthrew the queen: Before the annexation, Hawaii operated under a constitutional monarchy similar to that of Britain. After annexation, the queen tried to take her throne back and the American officials arrested her.

6. The Hawaiian native culture was lost: This came as a result of the governance by the descendants of missionaries and early settlers, most of which were Americans. Thus making American culture to be prominent in the region, completely fading away from the native Hawaiian culture.

7. Led to the takeover of tribes: Due to the natives’ incapability of governing themselves and unfit for the harsh environment created by the annexation, they were also unfit for the civilization that came along with the annexation. These led to the phasing out of most native tribes.

8. It led to the loss of employment: Most native Hawaiians couldn’t stand the harsh atmosphere created by American governance at that time. Hence most of them vowed to lose their jobs that withstand the American presence.

9. Cultural shocks: There was a slight difference between both the American and Hawaiian cultures, therefore each group found it surprising to learn the foreign cultures.

10. Warfare: Some native Hawaiians revolted not to let go of their monarchy structure of governance, this resulted in minor wars in defense of what felt like a drop in the ocean as they couldn’t overpower the military base of the American governance.