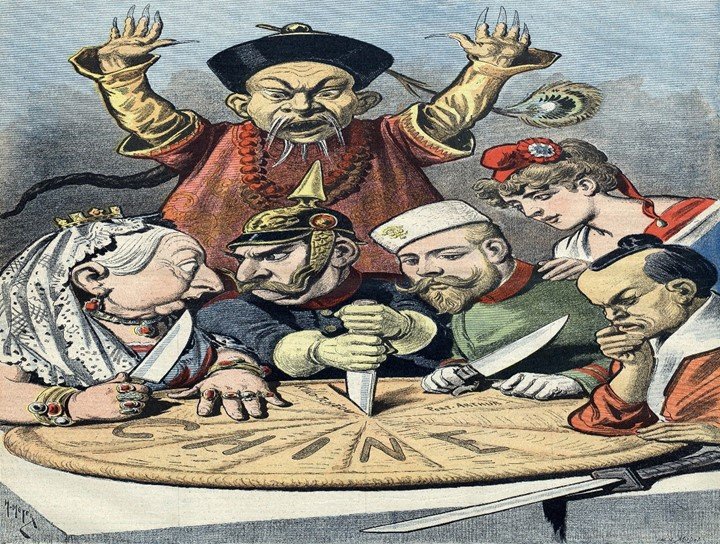 Imperialism consists of colonies, protectorates, and other spheres that influence countries. It is a territorial or dominant influence over countries by a country with more powers. If one country dominates another’s political environment, economic status, and culture, it will have more control over it.

1. Gain access to emerging technologies: Developing countries will be able to gain access to the latest technologies like the industrial revolution, and infrastructure leading to the development of the country and improvement in the cultural and economic sectors.

3. Exposure to new ethnicities and culture: A strong nation will influence its people to interact with other nations creating opportunities for learning new cultures and ethnicities.

4. Improved production of farm produces: Imperialism has led to improved farming methods and high productivity. It leads to improved methods of irrigation and cultivation. It also influences tariffs in undeveloped countries.

5. Better market access: Dominating nations not only focus on obtaining territory for their nation but also looks more market for the country’s products and services. Some nations like the US, Britain, and France move to the Caribbean to have access to the tropical agriculture sector on the island and use it to their advantage.

6. Industrialization: With the improvement in the agricultural sector and an expanded market, different trading goods were in big demand. This led to the increased growth of industries. Hence, industrialization.

7. Boosted economic growth: Owing to the expansion of the market, imperialism resulted in intensive trading activities between the two nations. Which resulted in rapid economic growth within their borders. Industrialization and improved technology were also the key factors that improved the economy.

8. Improved infrastructure: As a result of increased industrial activities and massive trading networks, there was a need for improved transport networks too. Hence, transportation became more flexible and faster. This made the market sustainable as trading goods were made readily available.

9. Technological growth: With industrialization, came technology and modernized means of sustainability. Which made technology a craved spice at that time. Most of the activities in the industries were modernized, thanks to the improved technology.

1. Conflicts: Many people are proud of their nation and culture. If another nation dominates them and demands their compliance with different areas, it results in conflicts among the nations. Nations are engaged in wars as they fight for independence against a stronger nation.

3. Results in Slavery: Controlling one’s nation by a strong nation encouraged the outright ownership of people in a weak nation against their will. This leads to slavery as the government can force people to work in certain industries or enterprises to earn a paycheck.

4. Spread diseases: Imperialism during the 19 century brought the spread of diseases to weak nations. For example, the European nations led to the spread of smallpox and other diseases to the communities which had no immunization against those diseases. This affected the locals and they become completely devastated. Imperialism from developed countries leads to the spread of viruses like HIV/AIDS to other undeveloped nations.

5. Eliminates cultural differences: Through imperialisms, some communities can abandon their culture and take up the culture from other developed nations. Nations lose their unique cultural practices and practice the cultural beliefs of a strong nation.

6.Conflicts and global wars: Most mother nations became harsh and subjected the natives to their taunting rule. More often, the indigenes retaliated. This resulted in uncontrolled conflicts that instituted global wars. The effects of nearly all of these wars were gruesome as most of the people were killed and their lands captured.

7. The exploitation of natural resources: Increased demand for trading goods resulted in the encroachment of forests and other resources by the mother nation.In an effort to sustain the production and the supply chain in the industries. This practice slowly aggregated to environmental degradation.

8.Racism: The inhabitants of the colonized countries were usually denied their legal rights. Most were being discriminated against and had nothing in defense of the superpower mother nations. The predominant line was race. This erupted conflicts that ended in wars, most of which were never in favor of the colonized nations.

9. Spread of diseases: Diseases like HIV/AIDs, Tuberculosis; originated from developed countries, most of which were the mother nations. Their forceful presence in the colonies led to an uncontrolled spread of these diseases.

10.Genocide attacks: Imperialism led to the expansion of nations. Those who resisted this expansion faced frequent attacks, genocide, and ethnic executions.

Pros and Cons of Communism