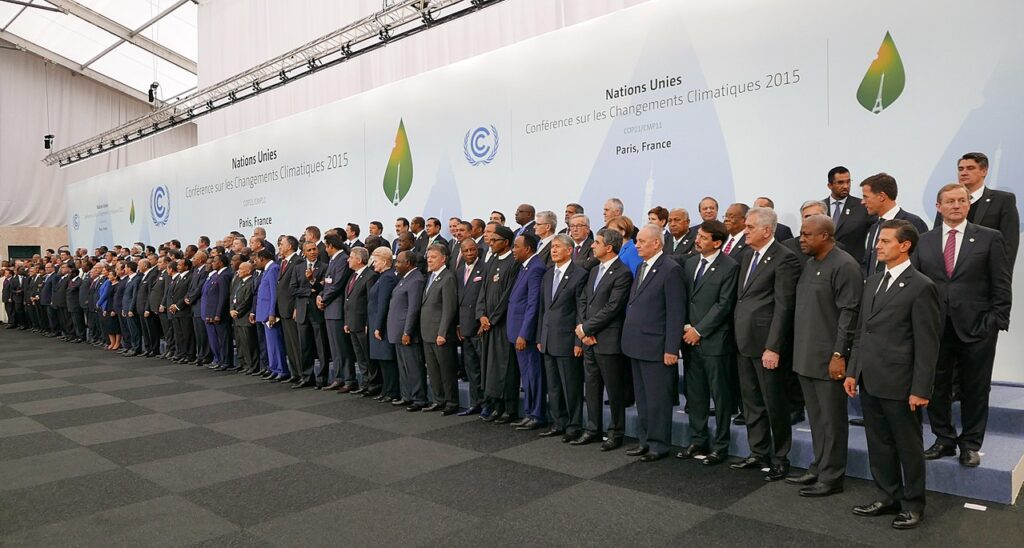 The Paris Agreement acknowledges the severity of the issue and commits all nations to take action. But what are the pros and cons of the Paris Climate Agreement? Here’s a look at some of the key points.

The Paris climate agreement is a historic international treaty that was signed by 195 nations in 2015. The Paris Agreement is a landmark climate accord that sets out a global action plan to tackle climate change. The agreement’s primary goal is to prevent the Earth from becoming too warm for human habitation by limiting greenhouse gas emissions and investing in renewable energy sources.

The Paris Agreement’s purpose is to increase humanity’s response to the risks posed by climate change. It is limiting global warming to two degrees Celsius over pre-industrial levels throughout the next century. This agreement also aims to increase a country’s ability to cope with the effects of climate change by better aligning financial goals with technological frameworks and resource mobilization.

Supporters of the agreement say that it is an important step forward in the fight against climate change, while opponents argue that it will not be effective and could harm the economy. Here, we will discuss the pros and cons of the Paris climate agreement to help you make up your own mind about its merits.

The text of the Paris Agreement has been signed by nearly 200 countries and autonomous states to combat climate change. The proof of climate change has clearly become a top priority for the majority of the world.

Despite the fact that the United States is not now included in that number, Americans were instrumental in the creation of the original document and were part of the group that began to put its principles into action.

2. The Mitigation Of Global Warming’s Effects

Although it may not appear that a 2°C increase in global temperature will have a substantial impact, this change will provide additional resources for future generations to use. Allowing global warming trends to continue will put further strain on our water supply and potentially reduce agriculture yields.

Melting ice in the polar regions could cause sea levels to rise, devastating coastal areas and displacing millions of people. The Paris Agreement’s requirement to reduce greenhouse gas emissions puts us on the road to preventing severe environmental changes.

3. Impact On Job Possibilities All Around The World

When countries are required to adhere to the requirements of the Paris Agreement, new job possibilities may arise as sustainable energy resources become a higher priority. The expansion of renewable energy as a result of this agreement has resulted in a tenfold increase in jobs in the solar industry alone in the United States. By 2030, new markets for wind, geothermal, and hydropower are expected to add $6 trillion to the economy.

4. It Acknowledges That There Is No Such Thing As A Safe Level Of Warming

The Paris Agreement’s lower temperature targets reaffirm the notion that there is no safe degree of warming. If we keep the temperature rise to 1.5°C or less, we can delay sea-level rise and avoid the loss of coastal places like Shanghai, New Orleans, and Tuvalu, but we won’t be able to avoid all harm.

Since the beginning of the Industrial Revolution, we have already warmed the world by around 1°C. It could be to blame for the irreversible loss of Antarctic glaciers and Greenland melting.

Between 1990 and 2012, the United States was responsible for 18 percent of global greenhouse gas emissions. At the same time, the Americans made up less than 5% of the world’s population.

The Paris Agreement’s structure permits the United States to collaborate with the developed world to expand climate finance options so that the world’s most vulnerable countries can get the help they need.

6. It Increases Competition For Innovation

Provinces, states, and cities all over the world have increased their ambition as a result of the Paris Agreement. There is a strong desire to start taking action against climate change as soon as possible.

7. The Majority Of Individuals Are In Favour

Despite President Trump’s withdrawal from the Paris Agreement, a majority of Americans still believe that decreasing greenhouse gas emissions is a good idea. According to the Chicago Council on Global Affairs, 87 percent of Democrats and 57 percent of Republicans favor the ideas of the agreement.

Even if it means making some lifestyle modifications or switching to a new energy source, the goal is to build a cleaner, more energy-efficient economy.

8. It Motivates To Invest In Renewable Energy Sources

China intends to construct a countrywide charging network to accommodate millions of electric vehicles. By 2020, the project is estimated to have cost $360 billion and created over 13 million jobs.

Because of the global activities generated by this spending in the renewables sector, additional investments are made into American enterprises. That’s why over 600 investors and businesses sent a letter to Trump’s administration pleading for the agreement’s execution.

9. Minimises The Risk Of Property Losses Due To Global Warming

The global insurance sector is on high alert because of the failure to act on climate change challenges. Choosing not to follow the Paris Agreement’s guidelines entails a significant financial risk that everyone must incur. Both USAA and Liberty Mutual agree that failing to solve environmental issues puts people in danger of property and life loss, resulting in increased expenses for the federal government and taxpayers.

1. Distinct Sets Of Regulations For Each Of The Parties

The Paris Agreement establishes a framework in which each country is subject to its own set of restrictions. Even countries that are classified as “developed” suffer from this disadvantage. When India and China signed on to the agreement, they were not compelled to reduce their greenhouse gas emissions in the same manner that the US was.

2. Rise in Price All Around The World

Because the infrastructure for renewable energy is already in place, the shift away from fossil fuels is not an issue for industrialized nations. Because some countries are only now experiencing their own version of the Industrial Revolution, the Paris Agreement poses a huge problem in today’s emerging markets. Reduced use of coal, natural gas, and crude oil may be good for the environment, but it comes at a high price for many people.

3. The Provided Emissions Reduction Information May Not Be Verifiable

Although the Paris Agreement may mandate certain reporting procedures, it does not rule out the possibility of double-counting or fraudulent claims being included in the two-year reporting period. In this arena, questionable accounting is already a concern, with developing countries sometimes relying on disputed carbon reductions from land-use changes or forest preservation to accomplish their objectives.

4. We Don’t Know How Much Carbon Must Be Eliminated In Order To Get Outcomes

According to the Paris Agreement, we will experience a 1°C change in our climate by 2100, compared to what it would be if we did not limit greenhouse gas emissions. Our main difficulty is that we have no idea how much to reduce, where to cut it, or why some industries need to address this issue while others do not.

5. The Paris Agreement Has A Colossal Price Tag

The UN Green Climate Fund was established in 2010 as a result of Cancun, Mexico-based discussions. It aims to raise $100 billion every year by the end of 2020. However, some estimates suggest that it will need to raise $450 billion per year to make a difference in the world.

The Obama administration committed $3 billion to the Paris Agreement, with annual contributions expected to rise in the future. The group that spends these monies lacks openness and accountability.

The Green Climate Fund, according to the Cato Institute, is a “slush fund for global dictators.” Anyone who continues to adhere to the agreement is adding to the problem.

6. Increase In The Cost Of Electricity

Each country that ratifies the Paris Agreement would be required to adopt domestic policy adjustments. As a result, global adjustments like the planned Clean Power Plan are required, resulting in huge price increases for oil, natural gas, and coal.

The surplus funds would subsequently be used to assist the renewable energy sector. Consumers would feel the effects of this disadvantage in the prices they pay for goods and services, as well as the fuel they buy for their automobiles.

Today, China receives the majority of manufacturing orders due to its lower labor costs. It is focusing on coal and nuclear energy resources in order to make the work more competitive with American processes and demand in Europe.

The supply of affordable energy is one of the primary advantages that the United States has in the business. Following the Paris Agreement’s proposals would offset this benefit.

If you think the emissions gap is large now, just wait until 2030 to see what will be feasible. Even if we stopped creating all hazardous greenhouse gases right now, global warming problems would still exist.

It’s helpful to imagine our environment as a giant bathtub. You will eventually flood the bathroom if you pour water into it quicker than the drain can remove it. Stopping carbon and methane production will not bring the flows back into equilibrium.

What is the ‘Paris Agreement’, and how does it work?

Also read reviews about other Nature brands from our writers, Continue Reading →