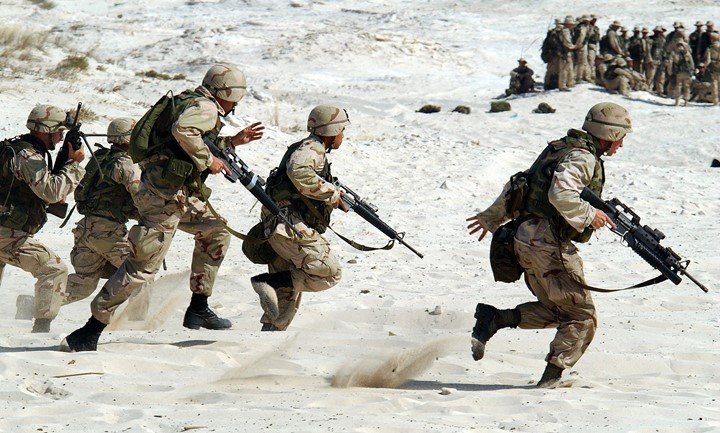 Whenever the topic of war is being discussed, what flashes in almost everyone’s mind is how detrimental the effects of the war were. It is very hard for one to decide their stance when it comes to the issue of war. War leads to the loss and suffering of many innocent lives. However, some goods such as money and jobs can also come out of it, and hey, it is not always as bad as such.

Pros of War
1. Leads to economic growth- War boosts economic growth by creating job opportunities, especially for those who specialize in selling weapons.
2. Leads to technological advancement- As a result of the pressure emerging from competition and conflict, every nation that is involved in war is determined to produce more superior weapons than their opponents. This leads to technological advancement, which remains vital even after the war.

3. Plays a role in shaping history- Whenever conflict happens, history has to be written. Those taking part in the war play a vital role in shaping the course of that history, which will be passed on to future generations.
4. The aftermath of winning– What emerges as a result of war varies from nation to nation; however, the core is issue no nation wants to suffer under the yoke of another power.
5. It speeds up innovation- This is so because people are more likely to risk trying out new technologies and inventions when they are in a situation of war to save themselves from their enemies.
6. Leads to liberation– As a result of war, the liberation of oppressed people have been witnessed. Additionally, oppressive and tyrannical regimes have also been done away with.
7. It has brought the world peace and prosperity- It is evident that war leads to the improvement of the quality of life for both the loser and the winner thus making the society richer and safer.
8. Creation of job opportunities. – Several young people get a regular job due to the high demand that is needed to sustain the armed forces with weapons, food and other necessities.
9. Serves as a step towards gender equality- Whenever there is war, most men are the ones who go out there to fight the wars. Therefore, women are forced to step up and take over the roles left by men, thus moving away from the traditional domestic roles placed on women who tend to portray them as being less important than men.
10.Invention of new medicine- During war, people get injured and therefore the medical sector is forced to come up with new medicine to treat the injuries and also curb the spread of some diseases.

11. Strengthens regional and international ties –This happens since the countries in war seek help from other countries, thus becoming great friends.

12. Leads to an emergence of international body of nations.-For instance, World War I led to the Emergence of The League Of Nations, which later turned to the United Nations, which played a vital role in curbing other wars and also solving disputes peacefully among nations.

13. Development of infrastructure. – Due to the invention of better technology during the war, better means of transport and communication have also been established.

14. Leads to industrialization. – The high demand for weapons during war leads to the emergence of industries so as to much the high demand in the market.

15. Leads to patriotism- The soldiers who take part of in the war fight wholeheartedly for their respective countries in a bid to emerge as winners thus raising their levels of patriotism.

The Cons of War
1.Loss of lives- During war, many innocent people who are caught up in the situation end up losing their lives as a result of the war.
2. Rise of hatred and propaganda- There is obviously hatred among the rival groups whenever there is war. Additionally, they tend to keep on spreading false propaganda against each other as a way of attaining allies to support them.

3. Environmental damage. The harmful chemicals used to make weapons drastically affect the environment once they are released, leading to pollution.
4. Lasting damage to military personnel- The military personnel often lose their lives while others get permanent life injuries or their mental health gets affected.
5. Loss of economic resources-This is so because during war the demand for goods and services is reduced thus leading to a decrease in the economy.
6. Disruption of trade- In order for trade to occur and thrive, there needs to be a peaceful environment. However, in times of war, trade is disrupted due to lack of peace in the country.
7. Displacement of people- During the war, people were displaced from their places of habitual residence. In some instances; they are forced to seek refuge in other countries.
8. Loss of family ties. As a result of displacement, some families disintegrate as they flee from war and never get to see each other again. Sometimes the soldiers in the military fail to survive and end up dying and getting buried in the absence of their family members.
9. Human suffering-War leads to people suffering both physically and mentally due to a lack of peace and resources such as food, adequate and clean water, and shelter.
10. Loss of property– It is very evident that war leads to the destruction of people’s property due to the fights that take place. People end up losing the property of very high value.
11. Spread of diseases- During the war, the attention shifts from health to war, leading to the wide spread of diseases. The spread is also caused by the fact that people are not getting access to basic healthcare.

12. Lack of access to basic needs.-War disrupts the supply of basic needs such as food, shelter, clothing and basic education to families.
13. Hamper’s development- War often leads to forced migration and long term refugee problems. The economic, social and political development of a state can also be permanently affected negatively.

14. Disruption of capital. – War disrupts the flow of capital in businesses as people fear investing due to the fear of incurring losses.

15. Increased national debt. – During the war, countries were forced to get loans from international bodies to get more weapons. This, in turn, leads to very high interest rates when acquiring loans.

Tags: Cons of War, The Pros of War

The Pros and Cons of Refugees