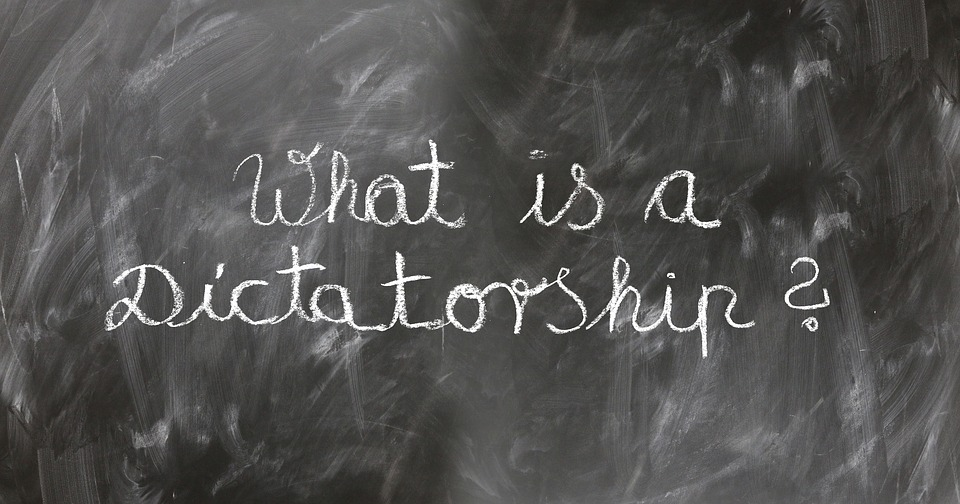 Dictatorship is an authoritarian structure of government ruled by a single leader against no party or weak party. Also, a group of leaders can run a dictatorship. Dictatorship has no boundaries or limitations on how to run the country; it is entirely in the hands of a single personality or a single group of people.

1. Eliminates corruption : Corruption can be commonly observed in democratic forms of government. Various government officials demand bribes. Moreover, if the PM of the country is corrupt, no one can even arrest him unless he completes his time. But, in Dictatorship’s case, the country is ruled by a short number of people; hence, corruption can be removed immediately. Anyone can be removed anytime from any position, so no one dares to give the government a reason to lose a job.

2. Improves international diplomacy: The success of a country ruled by dictators depends on the personality and smartness of leaders. A person with a great personality can sign treaties and sales trades internationally. Smart people can use compromise and diplomacy effectively to run the country.

3. More stability:  In a democracy, leaders are changed every 4 to 8 years, and so do laws. But in Dictatorship, leaders do not let power transfer from their hands in a short period. It creates a sense of stability also for citizens of the country.

4. Promotes innovation: Dictatorship has no rules and regulations; no one challenges them from converting their ideas into reality. With this power, they can take their countries further ahead into technology than democracies. Furthermore, this serves to promote innovation. For instance, during World War 2, Germany was under Dictatorship and developed the first mass assault rifle.

5. Lesser crime:  Lesser crimes can be reported in Dictatorship as there are strict rules as well as strict punishments. People tend to behave out of fear of government.

1. Can rewrite laws at any time: In a democracy, no law can be changed easily. In Dictatorship, laws can be changed any time, simply by issuing an order. Laws that may not favor a certain class can get passed and can prove to be harmful to them. Laws that are entirely unfair for the poor or inappropriate can go into effect.
People are not given the right to speak against the government for their rights.

2. Lesser productivity:  People capable of creating new things in various fields do not have much freedom, and thus, it can be a loss to the country. People generally work with fear and are forced to do so. Working out of fear and without their heart into it brings negativity. How is it possible that people working on something with negativity in hearts return something positive? People have to work hard against their wishes to earn two meals a day.

3. Targets innocent people:  To remain in power, dictators instill fear in people’s minds. People have to think twice before doing something to not end up in jail or dead.

4. Mass Punishment of people: Mass killing and punishing innocent people is common in Dictatorship. Dictators strike fast and hard, unlike democracy, which takes a long time in giving punishment.

5. No opposition allowed:  In a democracy, the citizens are vocal in some issues of government. They have the freedom to oppose and speak for themselves. Unlike this, in Dictatorship, people are mot allowed to speak against the ruling party. It can instigate debilitating harm to people who speak against them and even lead them to death.

Pros and cons of Anarchy