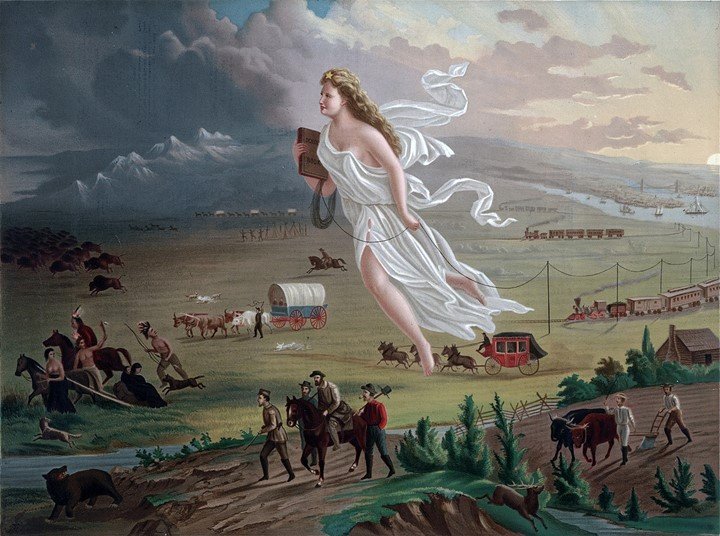 Following American history and its philosophies, Manifest Destiny is one of its components that had a significant impact on incorporating America into what it is today. Because of the ethos, America is a superpower country all over the world. However, there have been supporters and critics of the philosophy gauging whether its benefits outweigh its limitations or otherwise.

1. It offered a chance for Americans to share their culture; through the acquisition of several new territories, individuals were able to influence the original inhabitants with American culture. The manifest destiny enabled the country’s culture to spread widely, and it was beneficial to all. Many learned American cultures as well as, their religious ways.

2. Many were able to explore; Manifest Destiny offered Americans the chance to explore many places without territorial limitation after acquiring several new lands. They were able to learn new things apart from the ones they knew from their original territory and expand ways of making their living.

3. It enhanced trade development; many routes for trade opened up to Americans due to Manifest Destiny that promoted trade to an exceedingly higher level. Many were able to barter and trade with other countries; it not only benefitted many people but also boosted the economy of America. Furthermore, individuals settled in the newly acquired territory that offered opportunities for ethical trade.

4. Agriculture produces increased in the land; enough food was available in America as more acquired lands were put in farming purposes. Therefore this was a significant development to its economy as trading of the surplus food by the farmers happened more than it was before.

5. It enhanced the expansion of territory; due to Manifest Destiny, America is what it is now. America was able to acquire new lands, not to mention massive properties that placed it as the world’s most powerful country. Hence, many, especially the immigrants, were able to settle down peacefully and concentrate on the betterment of their lives.

1. It gave room for slavery; many Native Americans were put into bondage, and some even died during the territorial expansion. Besides, some offered themselves without restraints due to fear. On the other hand, those who failed to do so faced dire consequences because of it.

3. It hid under the pretence of Divine Providence to influence others on its course; many oppose the fact that Manifest Destiny supposed that it was acting through Divine Providence, and believed that God initiated it. Generally, it was a concept made to control people and enhance their suffering by taking what belonged to them through whichever means.
4. It caused suffering; many suffered due to Manifest Destiny, especially Indians. Properties and lands of many individuals were grabbed without their consent, which led to their plight. Additionally, many lost their family members in that period and people from their community during tribal killings, for that reason making many people orphans, loners, and childless.

5. It did not follow the constitution; almost all that occurred because of Manifest Destiny was unconstitutional, as the act of putting individuals into slavery and acquiring new territories in unstructured ways. They could have used the proper means to get what they want by using the right procedure that did not undermine anyone in the process.

Pros and Cons of Bilingual Education

Pros and Cons of Case Study

Pros and Cons of qualitative research