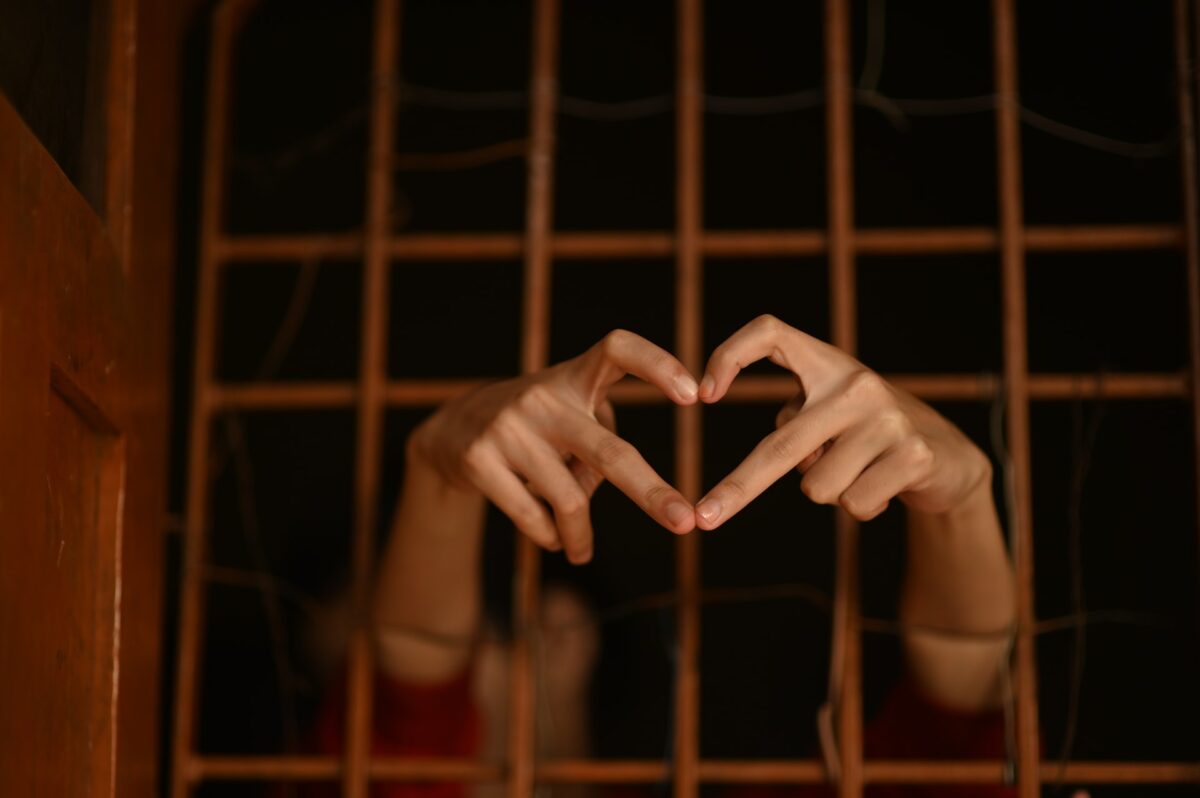 Prisoners who keep close links with their wives, lovers, and family members are more likely to reintegrate into society effectively after their release and are less likely to commit crimes. This common-sense conclusion is supported by the number of research.

Only four states in the United States still allow conjugal visits: California, Connecticut, New York, and Washington. New Mexico is the latest state to ban the practice, following press reports that a convicted murderer had fathered four children with several women while inside. Mississippi, which was the first state to allow conjugal visits, stopped doing so in 2014.

The public’s opinion of the couple’s situation didn’t help matters: I mean, aren’t these visits intended to get the convicts laid?

What is a “Conjugal Visit”?

A person who is jailed in jail or prison is usually not permitted to spend private time with his or her spouse or domestic partner. Certain states have historically and now implemented programs that allow certain convicts to enjoy “extended family visits.” An “extended family visit” may allow the inmate to spend time. It can refer to visits with family and children, but it can also refer to conjugal visits.

The familial motivation of conjugal visits isn’t the only advantage that these private sessions provide to inmates. The visits are considered as a reward for good behavior rather than a right of the inmate.

In many situations, the prisoner must have committed no breaches in the time leading up to the visit. If that individual has disobeyed the rules, private time with family members may be disallowed. This is shown to be beneficial in many jails in terms of population management.

Conjugal jail visits are uncommon within the walls of the real prison, but they are also uncommon offsite. Most jails provide a designated area where inmates and their families may rest and have some solitude.
Many jails provide visitors with a cabin or trailer, while some, like those in France, provide an on-site apartment.

17 states had conjugal visiting programs in 1993. By the 2000s, there were just six states that allowed such visits: California, Connecticut, Mississippi, New Mexico, New York, and Washington. Mississippi and New Mexico have canceled their programs by 2015.

States no longer refer to “conjugal” visits in most cases. The emphasis has turned to more family time. Contact visits are referred to in California. Extended family visits are common in Connecticut and Washington. New York refers to its program as a family reunion.

Conjugal visits exist to aid in the preservation of families:

According to Ryan (a hypothetical name), a 29-year-old prison officer who used to work at Green Haven Correctional Facility in Stormville, NY, conjugal visits are intended to keep a family unit together. He
transported detainees out of their cells and into conjugal visits trailers regularly there.

In New York, conjugal visits are known as the FRP (Family Reunion Program) or, as Ryan’s colleague’s correctional officials joked, the Felon Reproduction Program. Conjugal visits are also known as
extended family visits, which throw the whole sex issue off.

Inmates can be visited by their legal spouse, kid or children, or other immediate family member or partner through the FRP.

People are authorized to participate in sexual activity during a conjugal visit, but it is primarily intended for family time: conversing in a non-prison setting, and providing some semblance of a regular presence are necessary to keep a family unit together. Inmates are encouraged to observe the rules, be on their best behavior, and have a greater chance of reentering society through these visits.

“They can’t simply do it,” Ryan said of inmates who want to hold conjugal visits. You have to wait until the waiting list is cleared, and then they’ll inform you in advance before your appointment. You can’t have any sort of disciplinary history.

All states that allow overnight visits require inmates to be on the list to have perfect prison conduct and to have served at least 90 days in prison. Lifers and sex offenders aren’t normally permitted to have conjugal.

The living areas are completely connected:

Conjugal visits take place in rooms, trailers, and cabins, many of which are equipped with condoms, bedding, and soap, and have up to two bedrooms, allowing children to accompany their parents. Board games, cards, and dominoes are also available in the living spaces.

It’s like playing house for a couple of days — Ryan recalls visits lasting two days, while conjugal visits in other jails can last anywhere from 24 hours to three days. They can also happen regularly, perhaps once a month.

The trailers portray typical family life, complete with G-rated DVDs and a jail right outside your door.

Inmates are “strip-searched” as they enter and exit their cells:

Strip-searched and frequently pissed-tested for drugs and alcohol (a positive test in New York means an inmate will be banned from RFP for a full year). Visitors, on the other hand, must merely go through a simple metal detector. “You can’t strip civilians,” Ryan said, but he added that strip-searching and drug-testing the offender on his or her way out of the trailer would swiftly reveal whether narcotics were being brought in.

“While we completed our counts, we’d call them out of the room,” Ryan stated, the tower officer would affirm that there is a tower right above them. We’d also have to deliver them medicine “He said that this was to guarantee that the relevant prescriptions were taken at the appropriate times.

Visitation by conjugal partners is a privilege, not a right:

According to the U.S Supreme Court and other federal courts, prisoners do not have a constitutionally protected right to conjugal visits.

In various federal and state courts, inmates and their wives have brought cases claiming that the denial of conjugal visits violates:

Prisoner and spouse rights to marital seclusion, the right to reproduce, and the First Amendment right to religious freedom are all protected by the Constitution.

All of these arguments have been rejected by the courts in these judgments, which found no constitutional right to a conjugal visit.

Why Should Extended Family Visitation Be Allowed?

A prisoner who has maintained tight family, spouse, or partner ties will frequently have a stronger community to return to upon release, increasing the chances of a successful return to society and decreasing the appeal of continued criminal involvement.

In addition, studies suggest that convicts who are granted conjugal and family visits are less likely to commit violence and other crimes while detained.

It isn’t just about the detainee. Children who lose a parent to jail may be traumatized by the loss of a key caregiver and source of income. These children are more likely to experience poverty, housing insecurity, humiliation, and abandonment as they grow up.

Being the kid of an incarcerated parent is considered a traumatic experience (ACE). Having a relationship with a parent who is incarcerated can help to lessen the trauma and impacts of their separation.

To be allowed a conjugal visit or extended family visit, both the convict and the guests must apply. Typical rules include:

Frequently, visitors must be family or blood relatives, have visited the person in jail before (or have a good reason not to), and pass a background check.

In general, all prison visitors (whether for a conjugal visit or another reason) must submit to a physical check for weapons and contraband. Visitors are only allowed to carry a few restricted goods into the facility.

There are no drugs or alcohol allowed, and no mobile phones or other electronic devices are allowed. Other restrictions, such as regulations concerning food or presents that are allowed or forbidden, may apply. Visitors who are not dressed appropriately may also be sent away.

The rules and practices governing jail visiting are constantly changing. If you have any issues concerning conjugal or prolonged visitation privileges in your state, contact the prison authorities (commonly referred to as the department of Prison or rehabilitation) or get legal advice from a lawyer who is familiar with the laws in your region.

When a family member is jailed, the family’s connections are put to the test. Many jails include a conjugal visitation program to assist maintain a family’s bond while also motivating the inmate. The visits vary per nation, but they all offer a quiet space for families to assemble for up to several days without being supervised. To be granted a conjugal visit, both the prisoner and the visitor must meet certain regulations.

Conjugal visitation takes on different forms in different countries, but it typically permits family members to see the prisoner in private, without any barriers between them, as if they were at home. Spouses and children are permitted to visit during these visits to assist the family cope with the stress of incarceration by enabling them to operate virtually normally for a few hours or up to three days in certain countries.

I’m an SEO Content Writer, Blog Creator, and Health and Nutrition Expert. I am a devoted and enthusiastic writer with extensive expertise in article creation. I can assist you with any of your writing needs, including website material, articles, and blog posts. I can also help you with flawless editing, proofreading, and rewriting. I’ll create material that not only accomplishes your goals but also keeps your readers interested.
I am comfortable writing on any topic. Also, I can convert complex topics into simple forms to bring some real attention to your platform. Let’s work together and trust me you won’t gonna regret it.