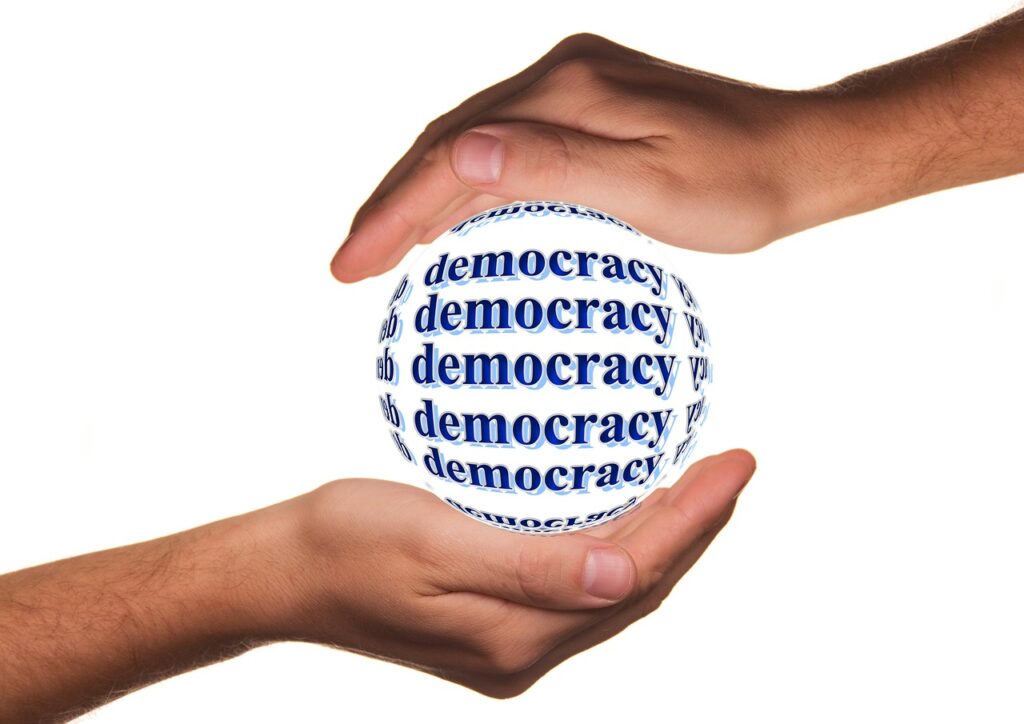 Advantages And Disadvantages Of Democracy

Democracy has existed for ages as a form of government. It is supposed to empower citizens by allowing them to elect their own leaders and have a say in how they are governed. People elect representatives to make decisions on their behalf in a democracy.

How well-versed are you in the subject of Democracy? Many of us take Democracy for granted; after all, we live in a democratic country. Therefore it must be wonderful, right? But, really, what does Democracy entail? And more importantly, how does it operate in practice?

We’ll take a closer look at Democracy in this blog post, looking at its roots and evolution over time. We’ll also look here at some of the most pressing issues confronting democracies today. Many of the world’s most successful countries, like the United States, have democratic governments.

While Democracy is regarded as one of the most effective governing systems ever devised, it is not without flaws. In this post, we’ll look at the benefits and drawbacks of Democracy so you can decide for yourself whether it’s the ideal form of government for your country.

As previously stated, residents in a democratic society have the right to vote on political, social, and economic concerns, as well as who they want to be in charge of significant choices, such as the president. This can help to safeguard people from things they don’t want to happen.

2. It Prohibits The Monopolisation Of Power

In general, Democracy is founded on the principle of equality, which states that all people are equal in the eyes of the law. Every person has the right to equal political, social, and economic rights, and the government is not authorized to discriminate against him based on his sex, class, religion, or wealth.

4. It Ensures That The Government Is Responsible And Steady

A more accountable administration emerges when elected, and fixed representatives are present. As a result, Democracy can be effective, strong, and stable. Its administration is governed and run with zeal, and people who work under this system thoroughly examine issues and difficulties in order to make sound decisions.

People’s religious freedom is frequently preserved in democratic democracies. If you live in a democratic country, for example, you are likely to be free to worship and practice your religious views without fear of punishment as long as you do not injure others or engage in extremist activities.

In dictatorships, on the other hand, religious freedom is frequently restricted, and in some countries, people are even put to death merely for their religious views.

6. It Instils A Sense Of Responsibility

Because the ruling authorities owe their success to city elections, they should be grateful and socially responsible. This can serve as a motivator for them to work for the people because citizens have the right to choose their government.

7. It Provides Citizens With Political Education

One argument in just favor of Democracy is that it can act as a training ground for citizens, motivating them to participate in government matters. During elections, political parties promote their candidates’ ideas and policies through public meetings, protests, television, radio, posters, and speeches by their leaders in order to gain public support. All of these can help people become more politically aware.

Democracy aspires to create the optimal atmosphere for personal development, character development, and healthy habits. According to analysts, this political system appears to serve as the first school for good citizenship, where people can learn about their rights and responsibilities from birth to death.

People are all allowed and even encouraged to vote in elections in a democracy. This allows citizens to vote for their preferred candidates or parties, influencing the country’s future to some extent. People are never allowed to vote in dictatorships, and the dictator judges what is best for the country and, frequently more importantly, for himself.

10. It Offers For A Small Possibility Of Revolution

There will be minimal to no public uprising because this system is founded on popular will. Elected officials manage state affairs with the support of the people, and if they do not function efficiently or match the public’s expectations, they will likely lose votes in the next election. In democracies and other popular administrations, the subject of revolution is rarely discussed.

Without resorting to murder, this political system is capable of bringing about administrative changes. It strives to make citizens feel happy and even gives them a sense of connection and participation.

1. Misappropriation Of Public Cash And Time

Because it takes a long time to write laws and a lot of money to run elections, democratic governments can waste time and resources. It’s also a distinct possibility that the country could be run by inept and reckless officials who will use public cash to support their own vacations and enjoyment.

2. It Promotes The Corruption

Those people who are elected to positions of authority may use unethical methods to further their own personal goals and engage in corrupt behaviors. During their time in government, individuals may use their position of power for personal gain, putting the interests of the people on the back burner.

3. It Puts The Public Servants In Jeopardy

To be honest, not everyone living under a democratic government is aware of their country’s political and social situation. The majority wins in a voting system, and there is no differentiation between literate and illiterate ballots.

People may prefer a candidate for reasons other than pure and required skill. Taking these factors into account, the elected official may not always be the best candidate for the job, resulting in poor decisions.

4. Minorities May Be Ignored

Even while minorities in democracies are treated better on average than in most other political systems, minorities may nevertheless be left behind in some countries. Many politicians may overlook the interests of minorities because they are focused on gaining votes from the majority of the people in order to get elected.

5. Abstain People From Exercising Their Right To Vote.

Unfortunately, individuals in some democratic countries do not exercise their right to vote. Perhaps they are hesitant or confused to do so or are just unaware of the consequences of their voting. Or maybe they don’t consider it a privilege and don’t take the procedure seriously.

6. The Price Of Democracy

Democracy is now one of the least cost-effective forms of government. The time and money required to conduct an election can go into the billions of dollars. Even a municipal council, mayor, or school board election might cost six figures.

Every four years in the United States election, billions of dollars are spent on presidential elections. Although it is beneficial for people to have a voice, it is their taxes that are utilized to provide that chance.

7. Emphasis On Quantity Over Quality

Another problem of Democracy is that it tends to prioritize numbers above quality when it comes to providing services. Furthermore, if the system is governed by irresponsible and inept leaders, equality may be jeopardized since only the wealthy and famous may be emphasized over the poor.

8. People Vote Entirely In Their Own Best Interests

Another disadvantage of Democracy is that people often vote only for their own benefit, even if this is harmful to society. Some people, for example, may be concerned about pollution or noise as a result of the development of an airport near their home.

As a result, those people are likely to vote for a party that opposes the airport’s development, despite the fact that it would be beneficial to the wider public in terms of tax revenue and job generation. As a result, political freedom in democracies can sometimes result in consequences that aren’t always advantageous to society.

Because making decisions takes time, putting them into action will take time as well. Unlike a monarchy, where one person makes decisions that are immediately executed, Democracy requires majority voting to enact decisions, making it slower to act.

10. Conflict Of Interest Will Arise Within The Government

The majority of people work hard to keep what they have after they have earned it. That is why families continue to make mortgage or rent payments, managers continue to hone their skills, and politicians do whatever they can to maintain power. Democracies put in place systems to limit the impact of one person on society as a whole, but this was not always the case.

To entice the masses, political campaigns may use unethical tactics, such as candidates using brute force to win the majority of votes or even attempting to damage the character of their opponents. Money and power can be used to persuade individuals to ignore competing viewpoints.

Politicians may act in a short-term manner, ignoring the negative long-term consequences of their decisions since they know they only have just a limited amount of time to achieve their political aims. Tax cuts, for example, are popular moves that help individuals in the short term. This tax cut, however, may harm society in the long run due to an increase in public debt.